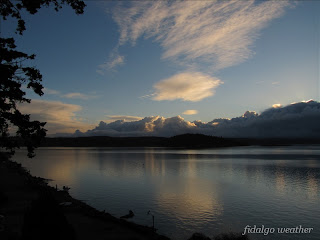 Last week I had to pull a photo from January, 2010 since I had nothing interesting to offer from the new year.  My friend Linnea predicted another great sunrise would come along.  Her prediction came true last Saturday morning.  South Fidalgo woke under the clear skies of the Olympic Rain Shadow, while areas to the south were covered in roiling overcast.  Ten minutes later, the sun was about to break while a raft of ducks swam to meet it: 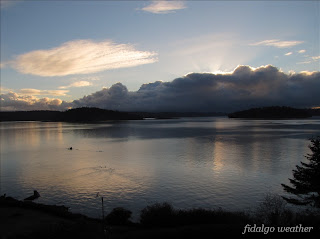