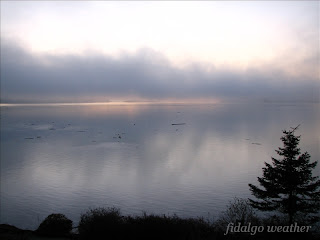 Off South Fidalgo Island, the fog lifts from Skagit Bay in this seven minute sequence.  Because of our proximity to the Pacific Ocean, early morning fog can be a year-around phenomenon here.  It usually lifts before or shortly after sunrise.  Fog is a low-lying cloud which forms from moist air when the difference between air temperature and the dew point is small.  The driftwood is probably debris from the Skagit River seeking its home on the South Fidalgo shore. 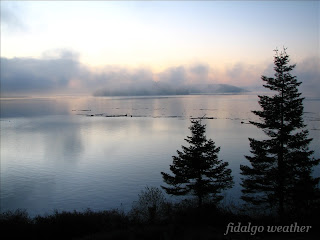 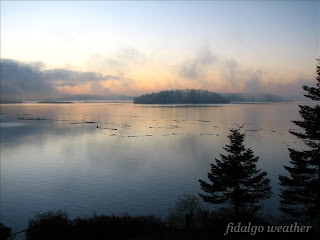