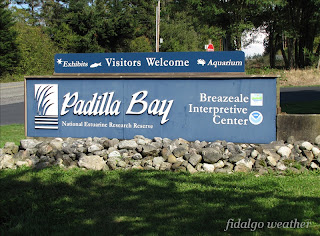 One of the bays around Fidalgo Island is Padilla.  We say pa-DILL-a but you can call it pa-DEE-ya if you wish.  That will signal you're not from around here.  It's an estuary of the Skagit River plus several drainage sloughs in the Padilla watershed.  The entire 8,000 acre bay was set aside as a National Estuarine Research Reserve in 1980.  In 1973, the Breazeale farm just outside Bay View, Washington was donated to the State to protect the site from development.  In 1982, ground was broken for an interpretive center here which bears the family name.  It has become a site for graduate studies for Western Washington University and the University of Washington.  The complex includes the Breazeale farmhouse, laboratories, guest house, barn and Visitors' Center: 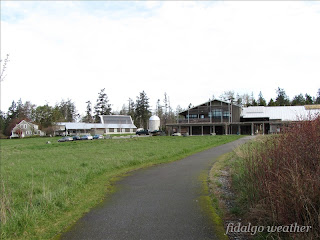 Views include Fidalgo Island across Padilla Bay and the refineries on March's Point: 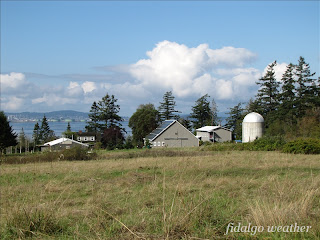 Petroleum refineries produce their own weather by generating a large amount of steam.  It even rains more in spots near them: 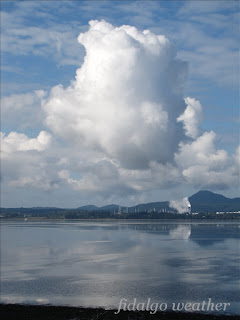 The Breazeale Center includes a 0.8 mile/1.3 km self-guided Upland Nature Trail that is both dog and wheelchair friendly.  It passes through forest and meadow habitats and today was alive with the sounds of birds: 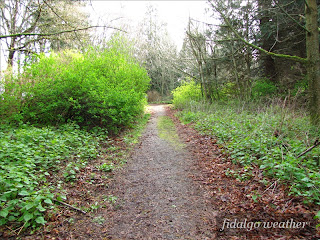 On this last day of summer, Rugosa Rose hips, Snowberries and Bull Thistles were in their glory:


A complete ecosystem is carried in the branches of a Bigleaf Maple.  Moss and Licorice Ferns are commonly found growing on their limbs.  These, in turn, become habitats for insects and food sources for birds and small mammals: 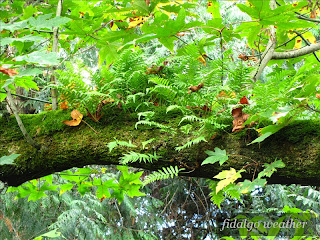 Scottish Highland Cattle graze in the field next to the Interpretive Center: 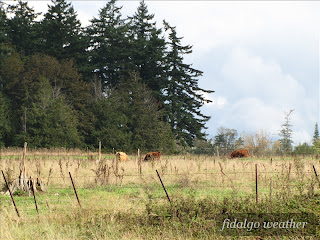 The boundary area between meadow and forest is called an ecotone.  Ecotones are prolific wildlife habitats.  Growing here I saw what appeared to be several Noble Fir (Abies procera).  The problem is they are well outside their known range here.  In nature, I guess, there are no such things as always and never.  I would appreciate hearing from anyone who knows for sure what species these are.  The large cones carried near the top of the tree, slender, conical shape and bluish needles are characteristic of Noble Fir:


The trail leads back into the woods.  In this section, Western Red Cedar is the predominant species.  The landscape resembles the Moon of Endor which Star Wars fans will recognize: 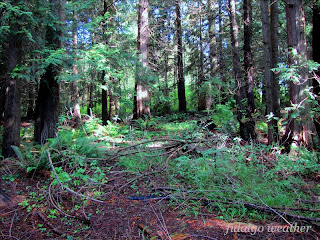 Back at the Visitors' Center, I noticed the entire facility is beautifully landscaped with native plants.  This means they never need to water or fertilize: 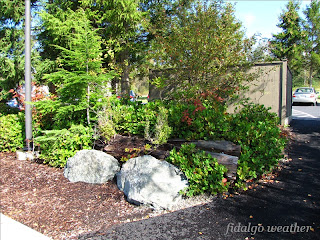 Before heading home, I was greeted by a young friend at Bay View State Park.  It is said Crows and Seagulls have been successful because they have adapted to live with humans.  This is likely a second-cycle juvenile Glaucous-winged Gull: 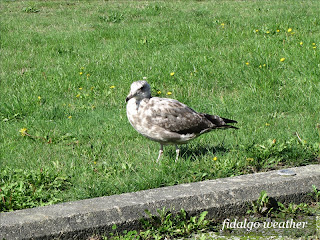