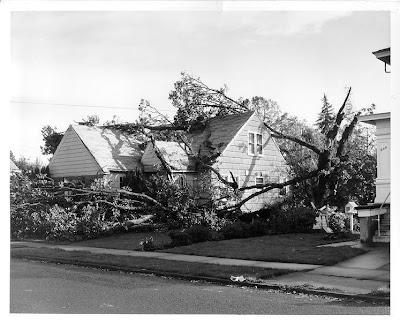 On Columbus Day, 1962 John Kennedy was in his 1000-day presidency.  Mercury astronauts Glenn, Carpenter and Schirra had achieved orbital spaceflight and the Beetles had debuted on BBC Radio.  I was sixteen years old and what a wonderful time it was.  It was called Camelot.

Gig Harbor, Washington is my home town.  This south Puget Sound community is located on the west end of the Tacoma Narrows Bridge.  On Friday, October 12, 1962 a home game was scheduled for the Peninsula High School football team against Fife High School.  That was to be the big event of the day.  There had been weather warnings, but truly severe weather is rare here.  Northwesterners typically don't pay attention to weather.  It was breezy, but the game was on and everyone was assembled.  The teams, coaches, officials, bands, cheerleaders and stands filled with Pen High Seahawks fans were all in place, ready to go.  (Yes, we were Seahawks long before the Seattle Seahawks were Seahawks.)  Next to the field, the new Industrial Arts building was under construction.

The wind started picking up just before game time.  The game wasn't starting and I remember the coaches and officials huddling on the 50-yard line.  It was then, quite suddenly, when 4x8 sheets of plywood and lumber started blowing across the field from the construction site.  A moment later, the field lights went out as the entire area lost power.  The windstorm hit us with a rapidly accelerating fury no one had expected.  75 mph winds cancelled the football game and put Camelot on hold.  In the chaos of howling wind and sudden darkness, we made our way to our vehicles and our rides home.  It would become the most memorable football game never played.

The drive from my high school at Purdy into Gig Harbor was normally about 20 minutes.  That night, it took us more than an hour to get home.  The trip was a slow obstacle course of falling trees, limbs, telephone poles and sparking power lines.  Besides our headlights, the only illumination was coming from burning and melting transformers glowing hot-white and pink.  This area was largely covered by Douglas Fir forest, with corridors cut through for roads and highways.  The trees seemed to shelter us from the worst winds, while taking the brunt of the storm themselves.  When I arrived home, I found a three-foot diameter fir tree on the ground where the carport had been.  Luckily the car was not in there and our house was spared.  We were also fortunate not to be the visiting team from Fife.  They faced a long and dangerous drive home across the Narrows Bridge to the other side of Tacoma.

The Columbus Day Storm of 1962 is now the benchmark for windstorms in the Pacific Northwest.  In the parlance of meteorologists, it was an extratropical cyclone, born in the central Pacific.  Along the coasts of Oregon and Washington, peak winds comparable to a category 3 hurricane were measured.  Further inland at McChord Air Force Base near Gig Harbor, peak gusts reached 88 miles per hour.  Wind speeds hit 90 miles per hour at Naval Air Station Whidbey Island near my home now.  The wind blew most of the night, but I recall the next day was calm, sunny and warm.  The damage could be seen everywhere, made more prominent in the bright sunlight.  It seems nature likes to play with us.

In another three days, President Kennedy would be briefed on the discovery of Soviet missiles in Cuba.  Camelot would end badly.

Our season of storms is beginning once again, and we can expect it to last until January.  The concern about global warming is not necessarily "warming."  In fact, it does not even mean it will always be warmer.  Instead, it could bring more large and violent weather events world wide.  Imagine two or three 1962 Columbus Days every year.  We didn't pay attention to the weather warnings back then.  Perhaps 48 years later we can take a lesson from that experience.  Photos:  N.O.A.A.