According to Wikipedia, "in internet slang, a troll is a person who sows discord on the internet by starting arguments or upsetting people, by posting inflammatory, extraneous, or off-topic messages in an online community [...] with the deliberate intent of provoking readers into an emotional response or of otherwise disrupting normal on-topic discussion."

The term has been extended to include visit spam and comment spam on websites, and spam registrations in communities.  For the latter, the goal is harassment of members.  The once great and wonderful Nature Blog Network is now gone because of this behavior.  My first encounter with this was in a community that promotes tree planting.  I was contacted by a "member" who wanted to send me nude pictures of herself.

Trolls are the people who try to ruin the internet for everyone else.  It now appears that trolling has moved into the real world, and Deception Pass State Park has been touched by it.

First, let me advise that you do not visit any of these websites.  That's the whole point of this vandalism.  Visiting the sites would only reward it and encourage copycats.  In preparing for this post, I went incognito and did visit them so you won't have to.  The first batch is about little men with foreskin fetishes.  It's probably not their only shortcoming.  Is it surprising that men with such a preputial preoccupation would think nothing of defacing a state park?  It's ironic that the bottom two photos are from the interior of the Discovery Trail tunnel built by the honorable men of the Civilian Conservation Corps.

The next batch, which appears to have the same handwriting, is more unexpected. 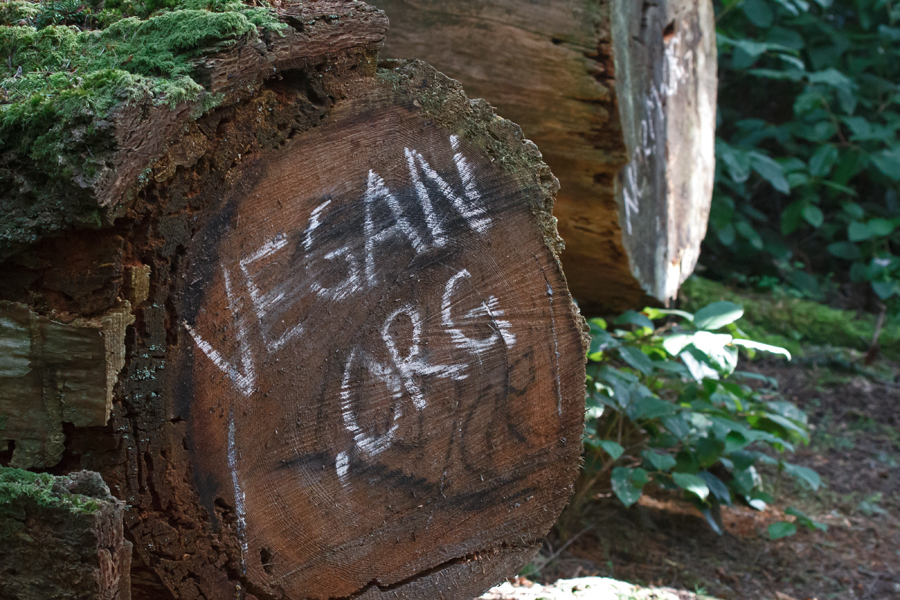 I would have assumed that vegetarianism, and the various versions of it, would have been more respectful of the natural world.  Of course, we might be dealing with the same people hung up on the issue represented above.  These vegans appear to be concerned with animal welfare, rather than diet.  That makes this defacement even more puzzling.  A state park is a place where animals are protected.  These trolls don't extend any courtesy to either the wildlife or to the visitors who come to the park to enjoy it.


I don't believe those responsible for this graffiti have any sincere beliefs or viewpoints.  Their only goal, in troll fashion, is to irritate others and ruin the park experience for visitors.  In so doing, they bestow shame, contempt and disrespect on those with honest convictions.