Three Icons of the PNW 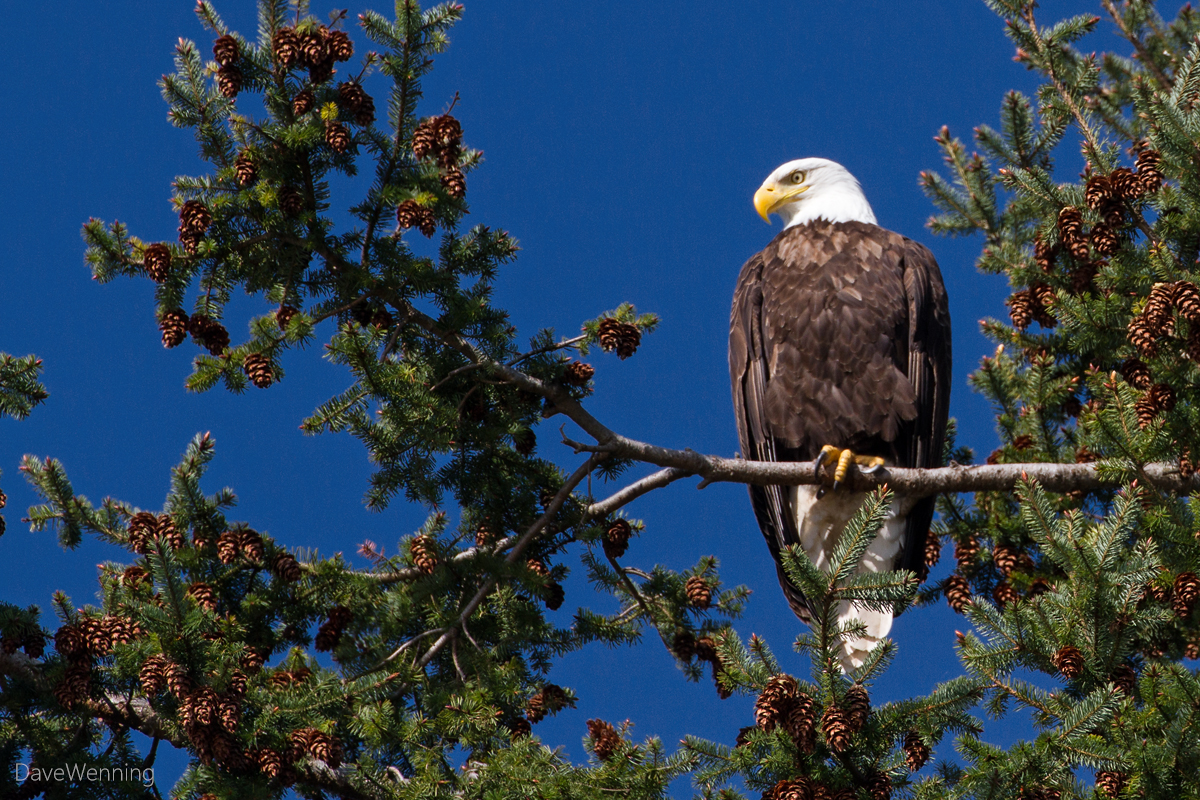 I was out early this morning working in the garden.  After I did some pruning, I finished planting the containers in the basement patio.  I planted Petunias in the hanging baskets where the slugs can't get to them.  For the big pots on the patio, Geraniums, Lobelia and yellow Marigolds.  This is also where the bird feeders are.  While I worked, a Townsend's Chipmunk joined me, completely unafraid.  There were peanuts to be collected, after all.

I used to plant Nasturtiums because the rabbits, deer and slugs didn't like them.  Then, the pots became infected with Pseudomonas and that was the end of that.  Who knew plants could catch bacterial infections?  I added some critter repellent to keep the deer away and the squirrels from digging in the pots.  Now I'm going to have to be diligent with slug patrols.

Just as I was finishing up, a Bald Eagle landed in one of my trees, so I took his picture. 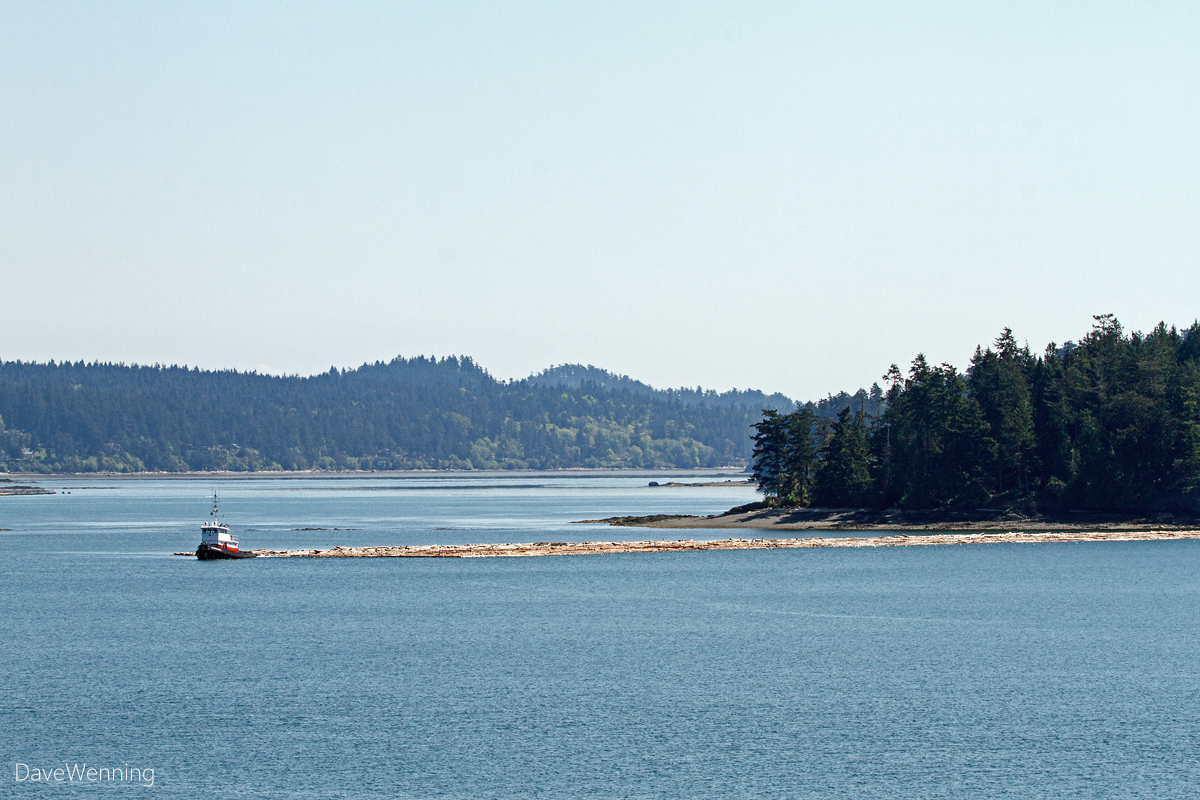 Just after noon, a tugboat steamed into Skagit Bay with a raft of logs in tow.  I see this fairly often.  They come into the bay and park for a while.  I think they are waiting for the best time to go through Deception Pass.

The air has been hazy.  Apparently, there are fires in Siberia and the smoke has reached the Pacific Northwest. 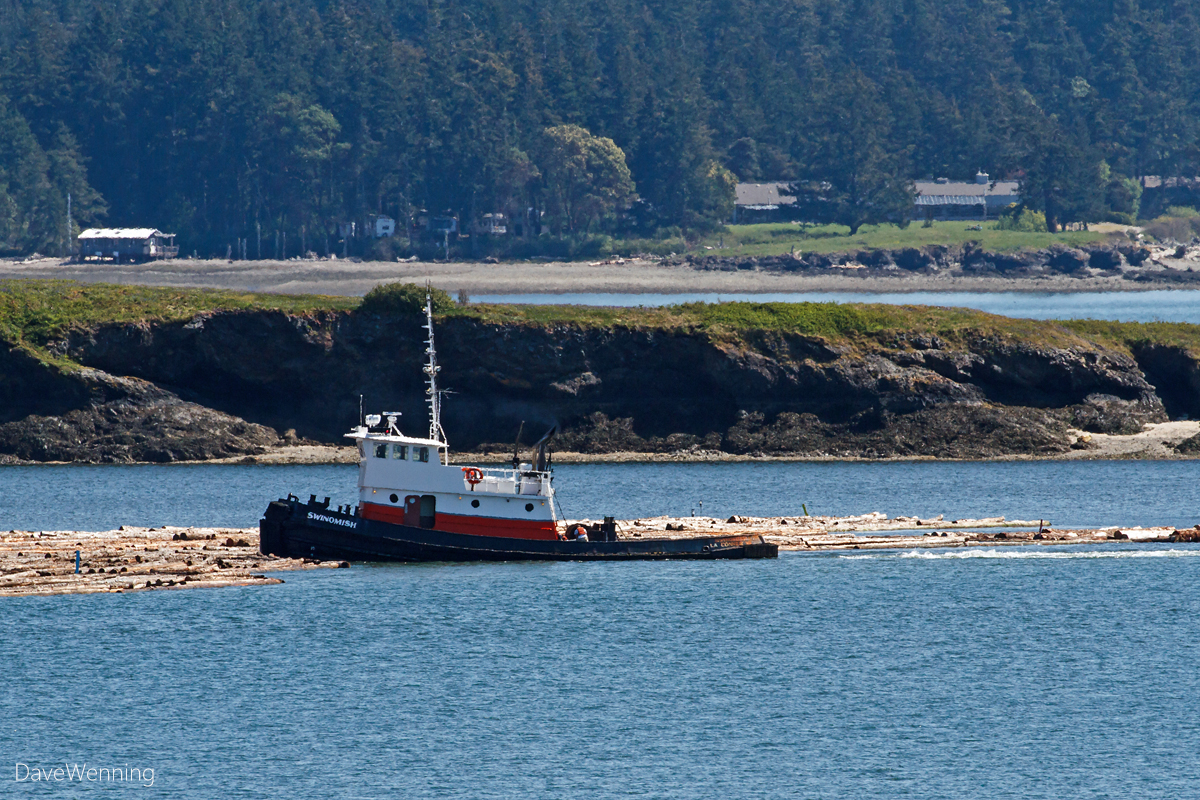 A bit later, the tug had moved in front of Flagstaff Island.  She is the M/V Swinomish from Dunlap Towing in La Conner. 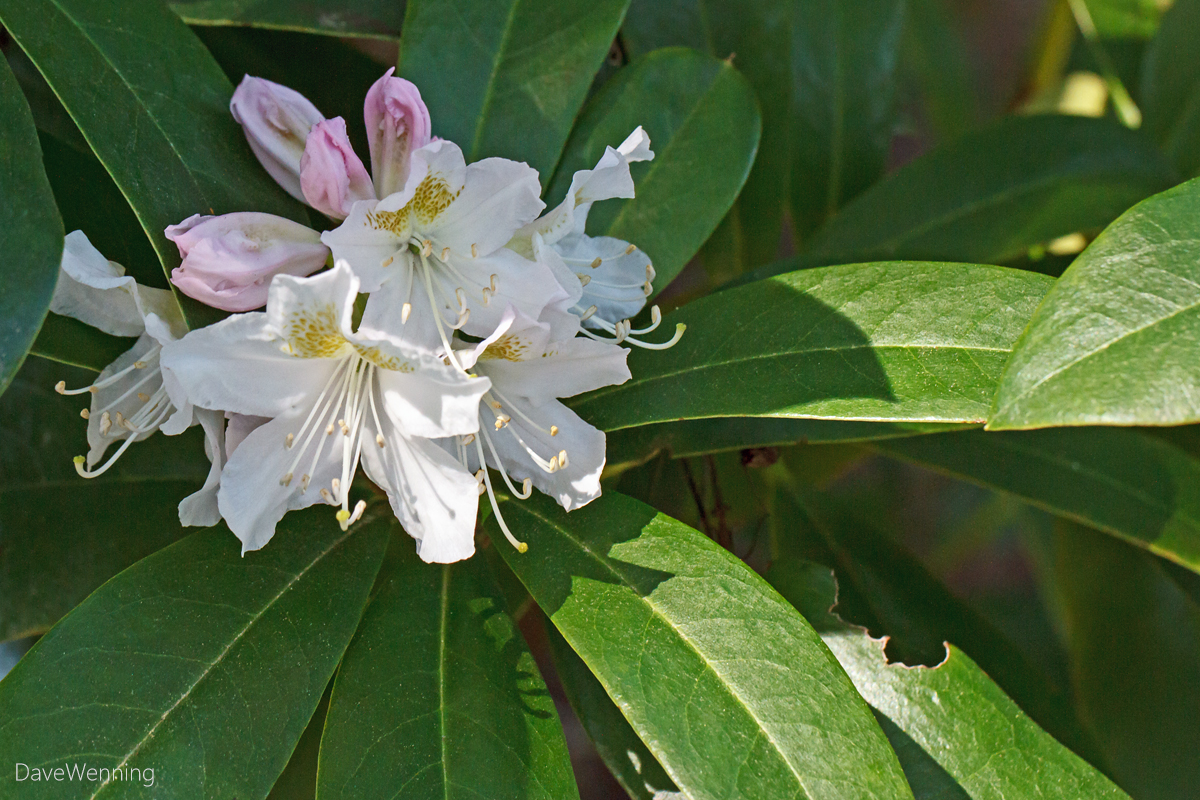 This afternoon, I took a walk around the garden to see what else was happening.  My rhododendrons are starting to bloom like crazy.  This one is R. catawbiense, a native rhody from the Appalachian Mountains. 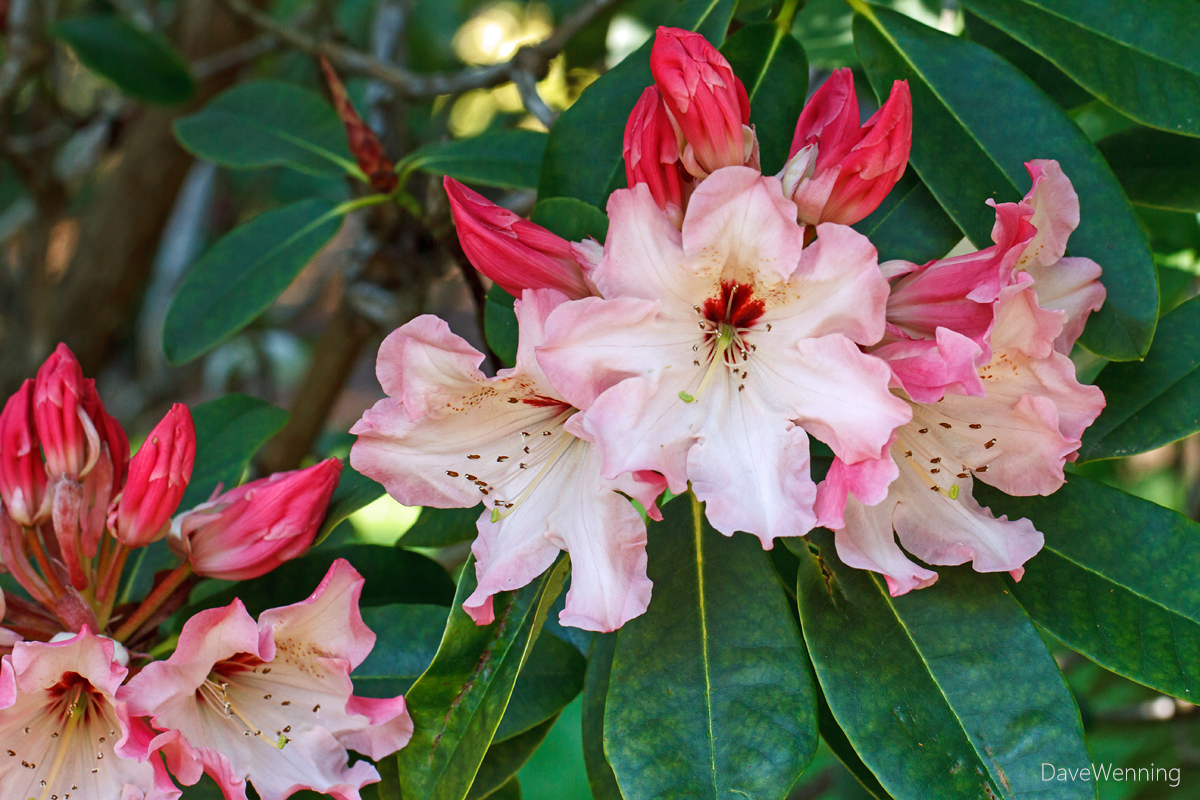 Rhododendron 'Lem's Cameo' is normally a May bloomer, but like so much this year, it's coming out early.

Amazing wildlife, a maritime culture and rhododendrons are three icons of the Pacific Northwest US. In a single day, I found these right in my own backyard.