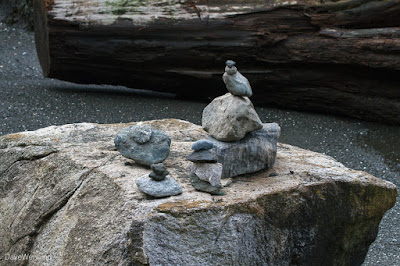 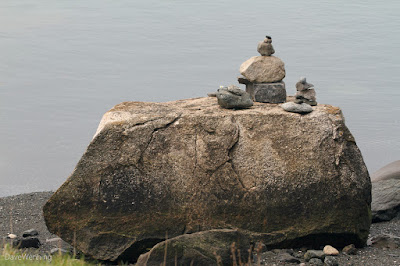 Humans have been piling stones for various reasons since prehistory.  The Vikings built stone altars called Hörgar.  The word cairn comes from Scots Gaelic càrn (plural càirn).  The ancient Celts built cairns to mark important places or events or to commemorate the graves of loved ones and important people.  The Arabic word rujm (رجم) appears in place names and refers to piles of stones.  In the Sinai Desert, stone piles or altars are thought by some to mark the path of the ancient Israelites in their exodus from Egypt. 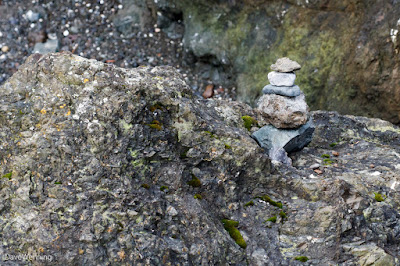 In North America and Greenland, native peoples built cairns as landmarks or to mark game paths.  They have come to symbolize safe and welcoming places.  In modern times, such a sculpture called Inuksuk appears in the flag of Canada's northern territory of Nunavut.  In 2010, the Vancouver Winter Olympic Games adapted the symbol for its logo. 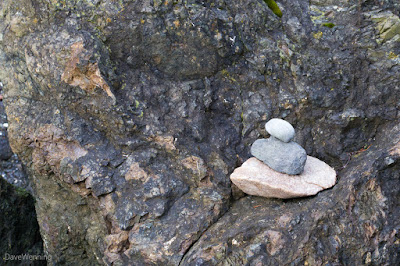 After almost two years, I had forgotten all about these photos.  When I came upon them the other day, I decided I should do something with them.  A lot of thought went into these cairns, and they should be seen by more people.  It looks like even the colors of the stones were given consideration when they were assembled. 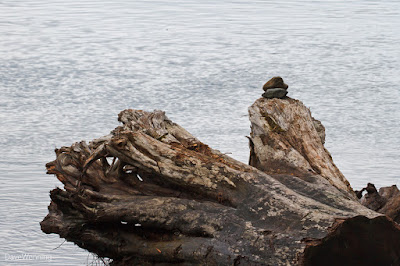 Sometimes, simple stone cairns say nothing more than "I was here." 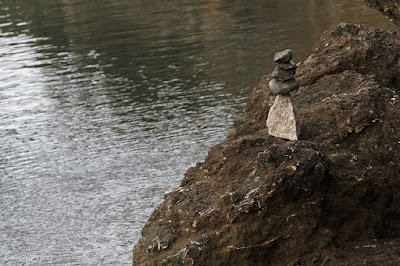 Naturally, such beautiful monuments cannot last.  They are long gone now, victims of the winds and tides.  They have been returned to the random rubble of the beach, waiting to be reborn. 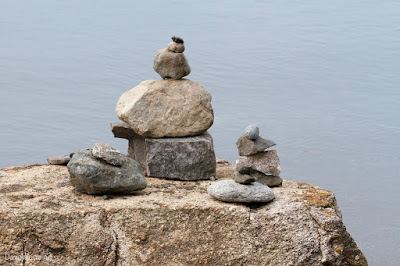 In rocky places, it is common to find stone sculptures built by previous visitors.  It seems to be a human compulsion to create them.  I think you will agree, these cairns are better than most.  They were built with love and inspiration from this beautiful place.  Perhaps another creative soul will come along and do it again.