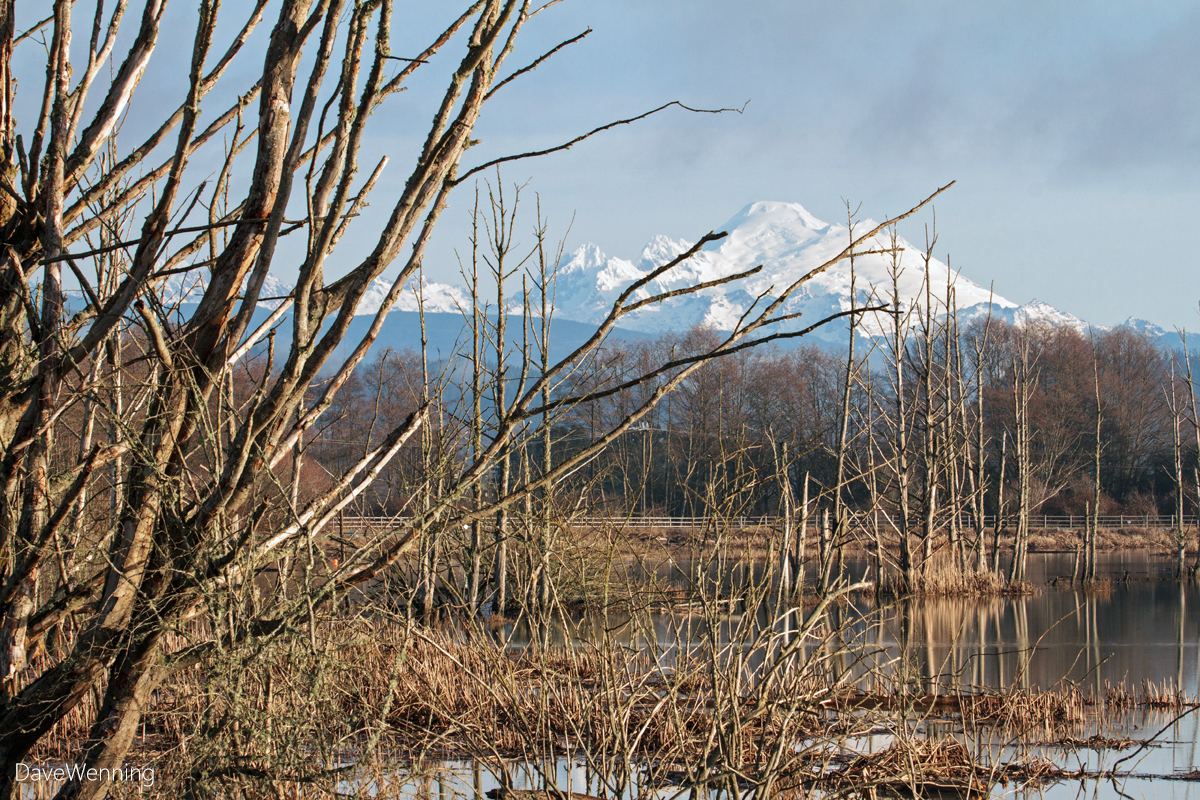 This past week, I caught a couple of glimpses of Mount Baker.  This active volcano in the Cascadia Subduction Zone is Washington's third tallest mountain, the fifth tallest in the Cascade Range and the most glaciated of all the Cascade peaks.  It can be seen from several places in this area.  This first photo was taken from the dike in the tidal wetlands of the Skagit River Delta.  This Fish and Wildlife unit is one of the best birding sites in Skagit County. 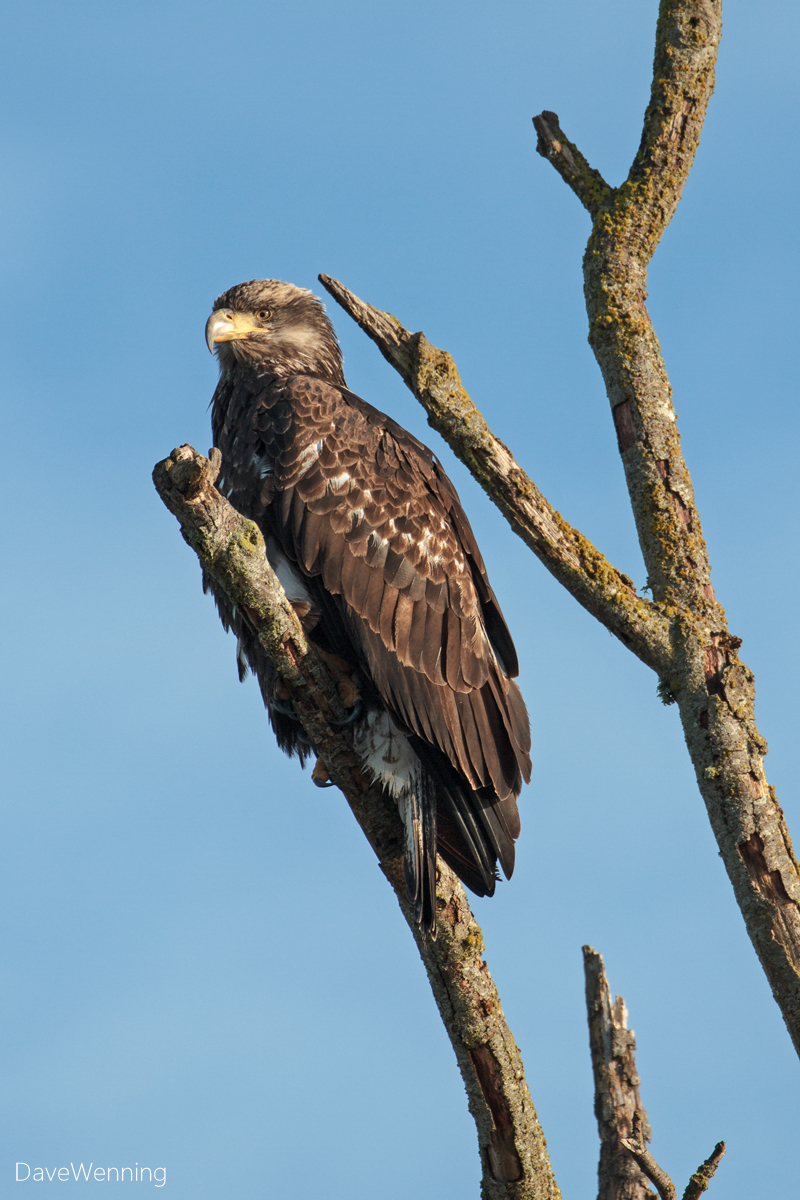 While I was taking the photo of the mountain, a young Bald Eagle flew right over me.  When I hiked back out, I spotted him perched above the dike trail in a dead tree.  He posed nicely while I took his picture.  When I moved on, he let me walk directly under him without even flinching.  I saw a total of five eagles on this hike, including one at the nest south of the duck blind. 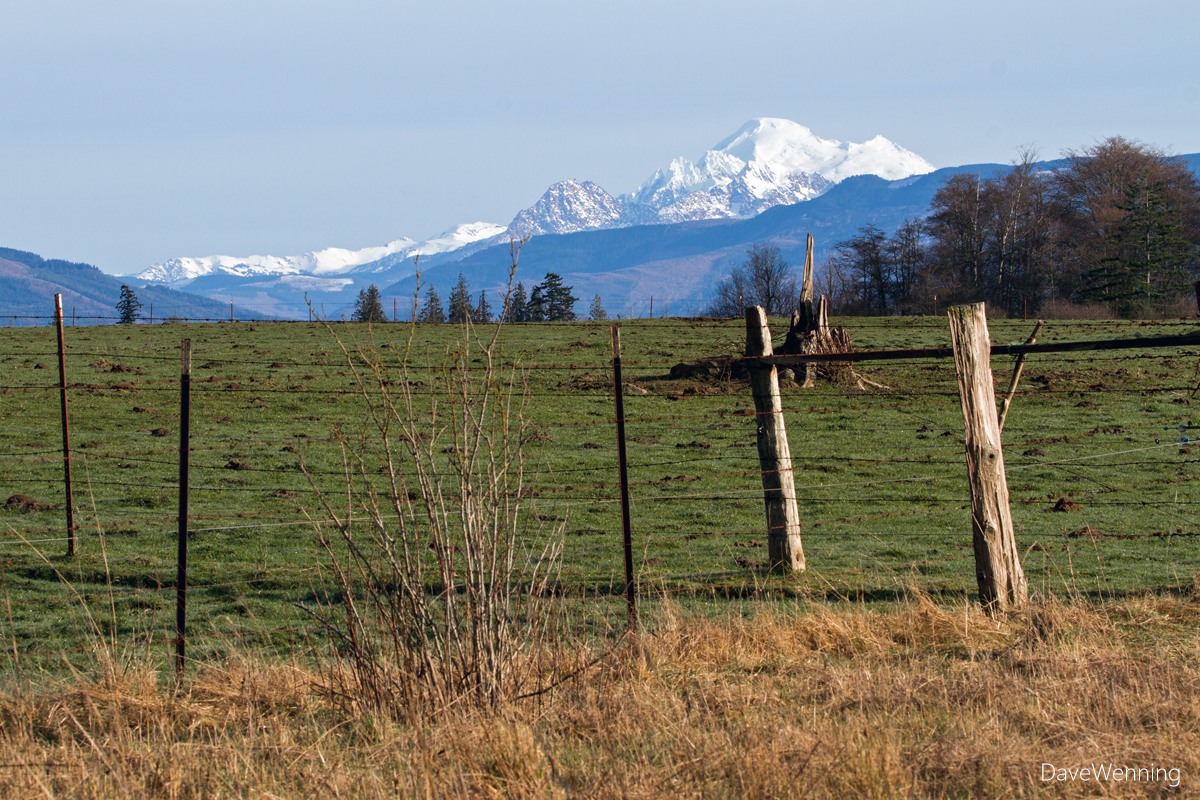 The next day, I went out to the Samish River basin and the "West 90" site, another great birding spot.  Unfortunately, I found it almost completely flooded and too muddy for hiking.  Coming back, I stopped at the Breazeale Interpretive Center near Bayview on Padilla Bay.  From the Upland Trail, I got another photo of Mount Baker.

There are several good spots in the area to view the mountain, including the Deception Pass Bridge, from the top of Mount Erie in Anacortes, and from the Goose Rock Perimeter Trail in Deception Pass State Park. 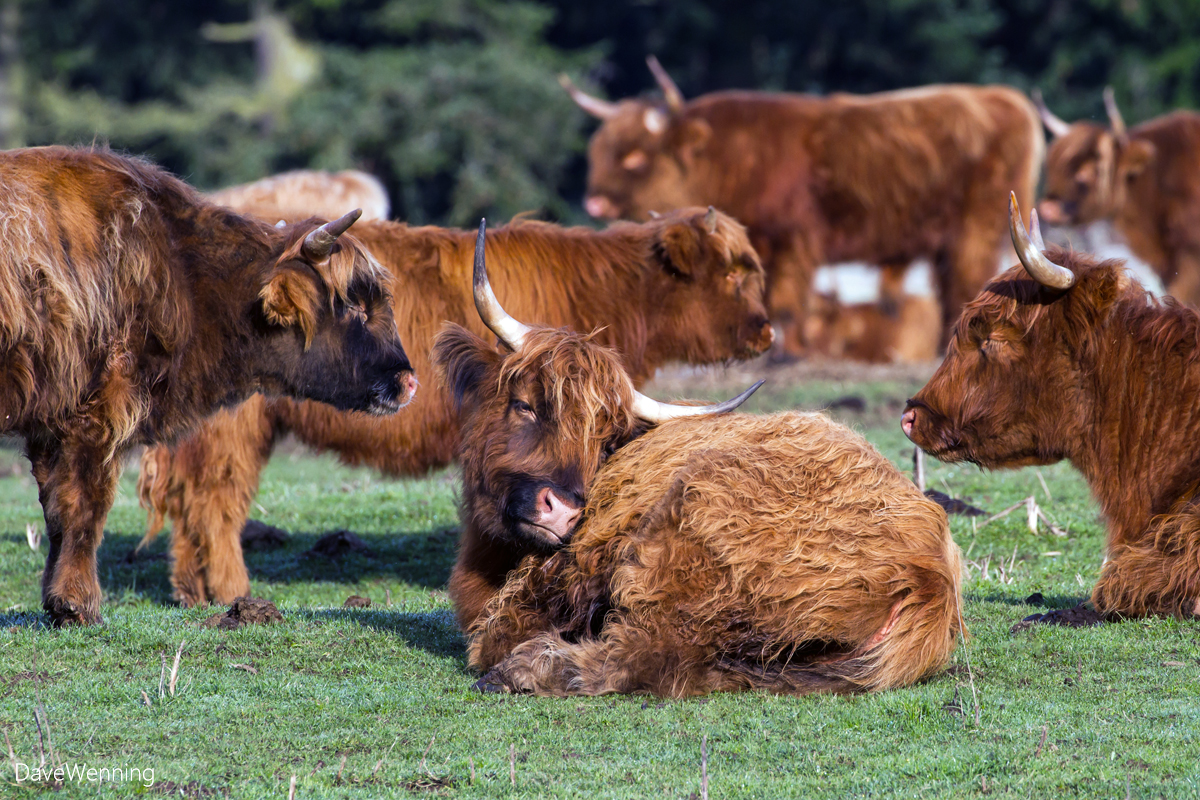 That pasture in the foreground is kept green through the winter by the grazing of Scottish Highland cattle.  From where I was standing to photograph the mountain, I turned 90° to the left.  This is what came into view.  These have to be the most charming of livestock animals, and one of my favorite things to photograph.  They are big and quiet and the essence of bucolic peace and tranquility.  They are not as shaggy this year as I have seen them in the past.  This winter has been warmer than usual which may be affecting the heaviness of their coats.

Mount Baker is one of the most popular photo subjects in this area.  While you are viewing the mountain, look more closely around you.  There are also interesting things to see nearby.