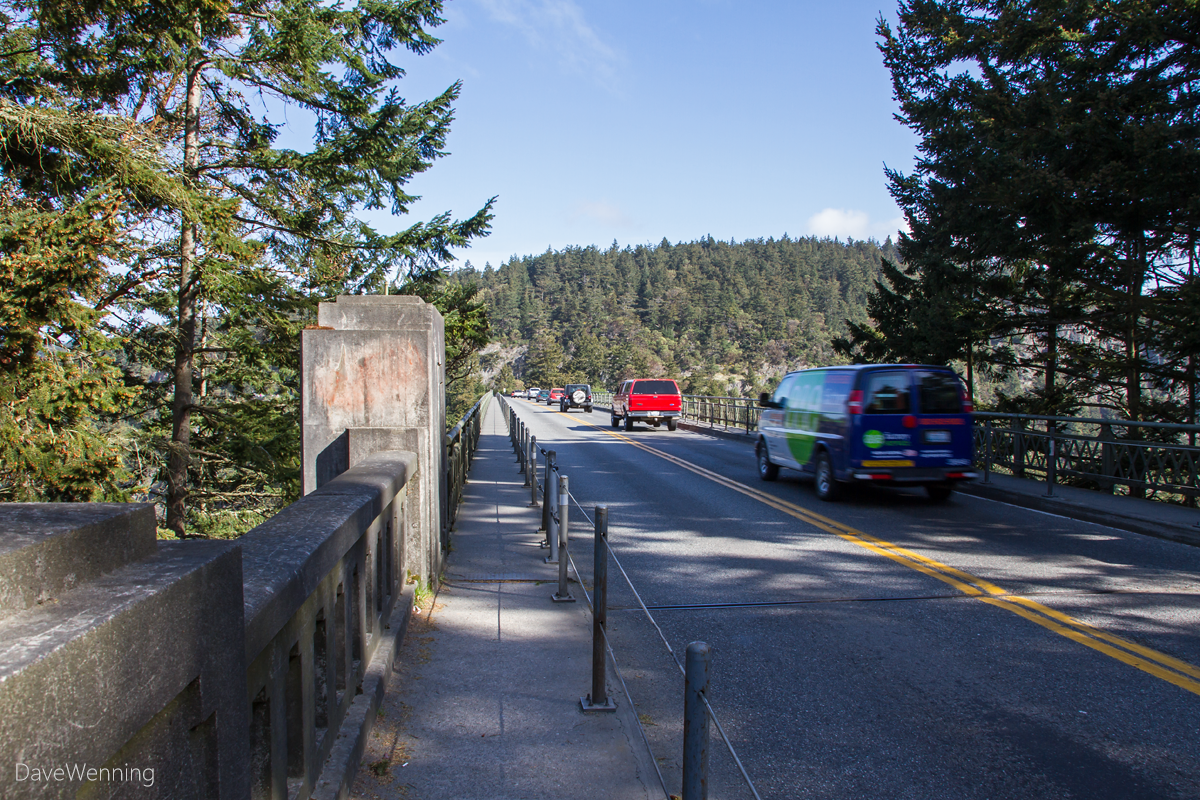 I have a new lens, the updated Sigma 18-200mm f/3.5-6.3 DC Macro OS HSM.  If Canon is the brand name, then Sigma would be considered the "generic."  Up until now, Sigma lenses have not received reviews equal to their Canon counterparts.  But their newer offerings, including the new 18-200, are getting better ratings.  The Canon 18-200 is not highly rated.  Because this is such a useful tele range, I decided to take the plunge.  Today I had the opportunity to give it a tryout.  Naturally, I picked my favorite subject, Deception Pass State Park.  This is where I can find every kind of stuff I like to shoot.  This first batch of test shots were all taken at the Deception Pass Bridge. 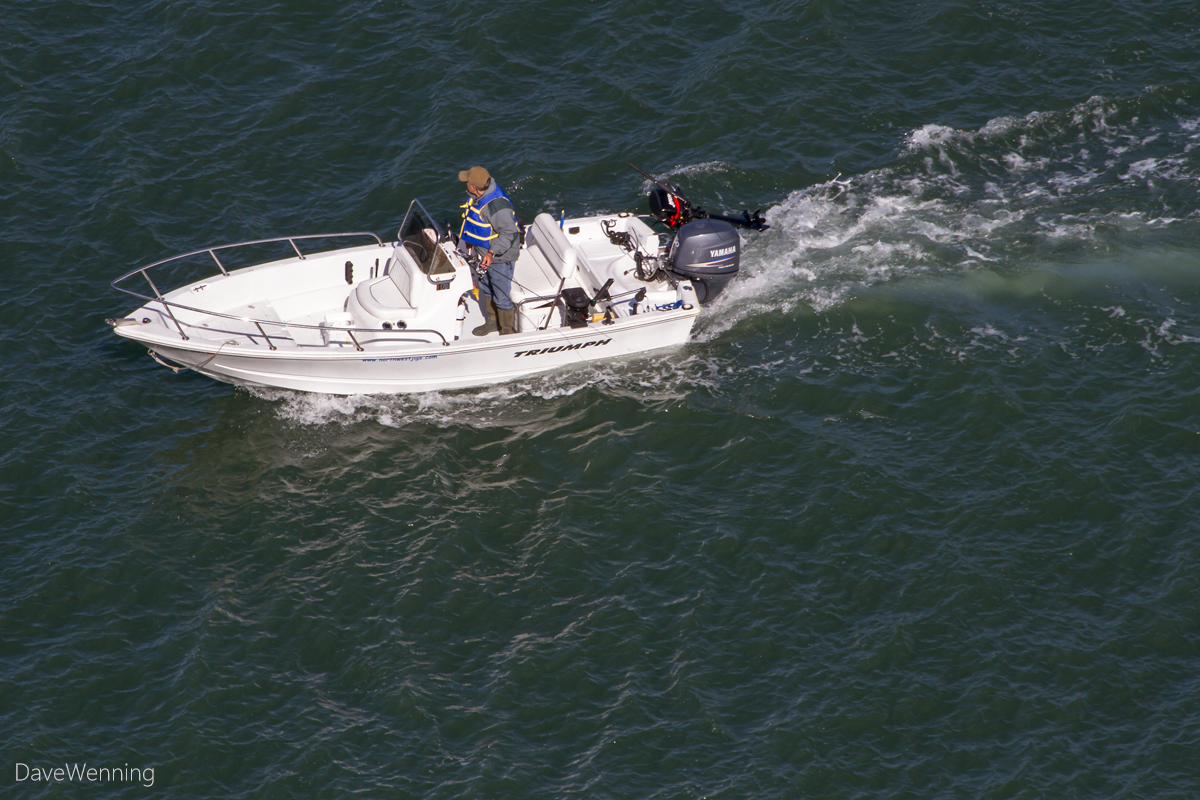 From the bridge deck I spotted a fisherman moving into position near the base of the bridge.  This was shot at 200 mm and cropped to get in even closer.

Don't consider this post a technical review of the lens.  I am not expert enough to do that.  I just like to take nice pictures for my blogs.  That's how I judge a lens, by the results I get.  All of the photos were shot in raw format and edited with Photoshop Elements 11.

So far, there are only three reviews at Amazon.  It is interesting that the two Canon shooters gave the lens 5 stars, but the Nikon shooter gave it only 2.  I am not sure how that should be interpreted.  It will be interesting to see if that difference continues with more reviews. 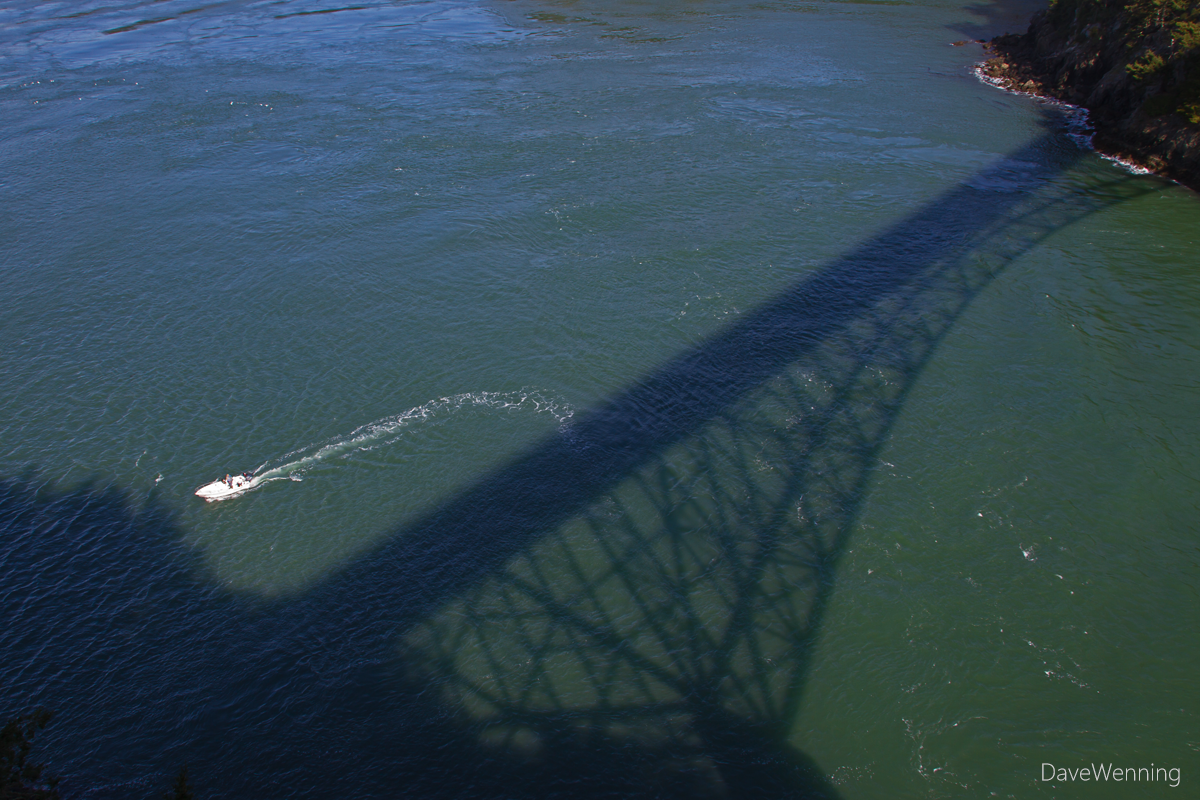 This is a shot of the same fisherman in the photo above.  In the early morning, the bridge casts its shadow onto Deception pass.

The DC in the name of the lens is Sigma's designation for APS-C sensor cameras.  Canon uses EF-S.  OS refers to the image stabilizer.  HSM means hypersonic motor used for auto-focusing.  The focusing was fast and quiet with this lens.  Macro means the lens is also designed for close-up shots, an interesting feature for a super telephoto lens.  I would not expect it to perform on a par with the Canon 100mm f/2.8L Macro lens, but we will see what it can do.  The complete specifications are posted at DP Review. 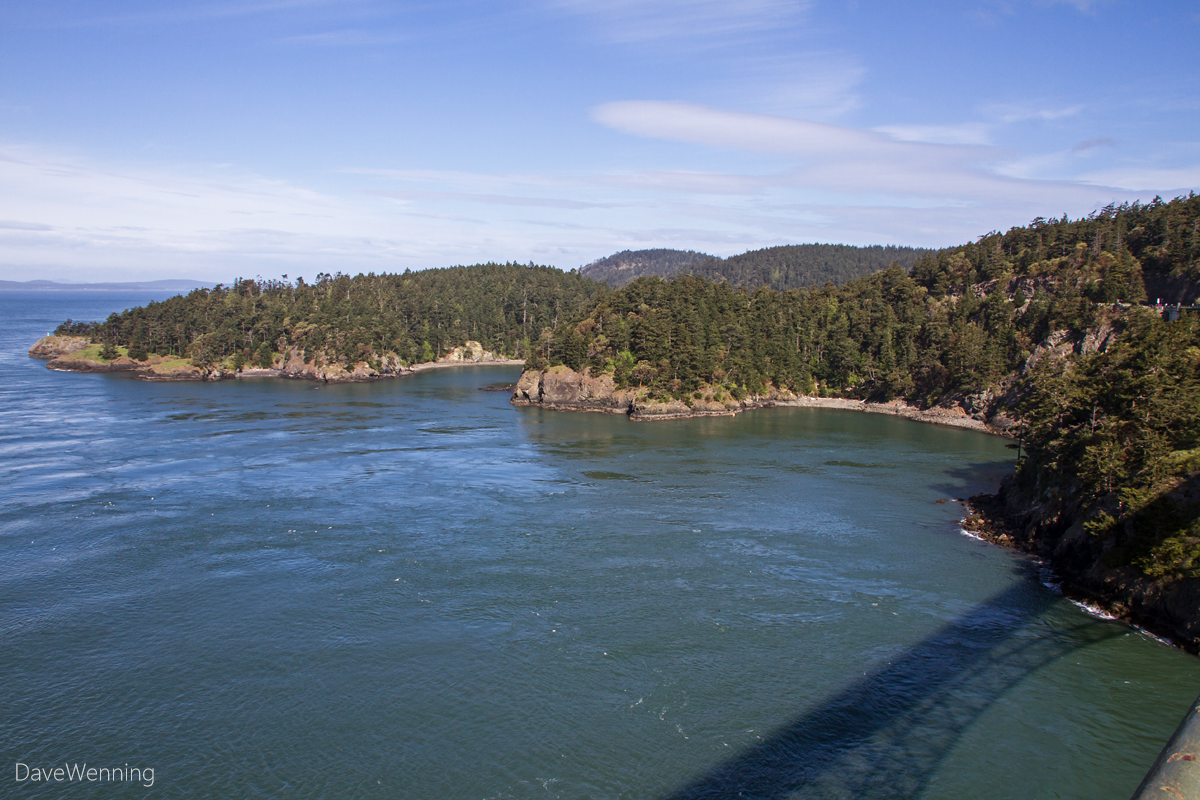 Across the pass are Lighthouse Point and Lotte Point in the northern Fidalgo Island section of the park.  Can you spot the little green light station on the tip of Lighthouse Point?  Right-click the photos to view them full size. 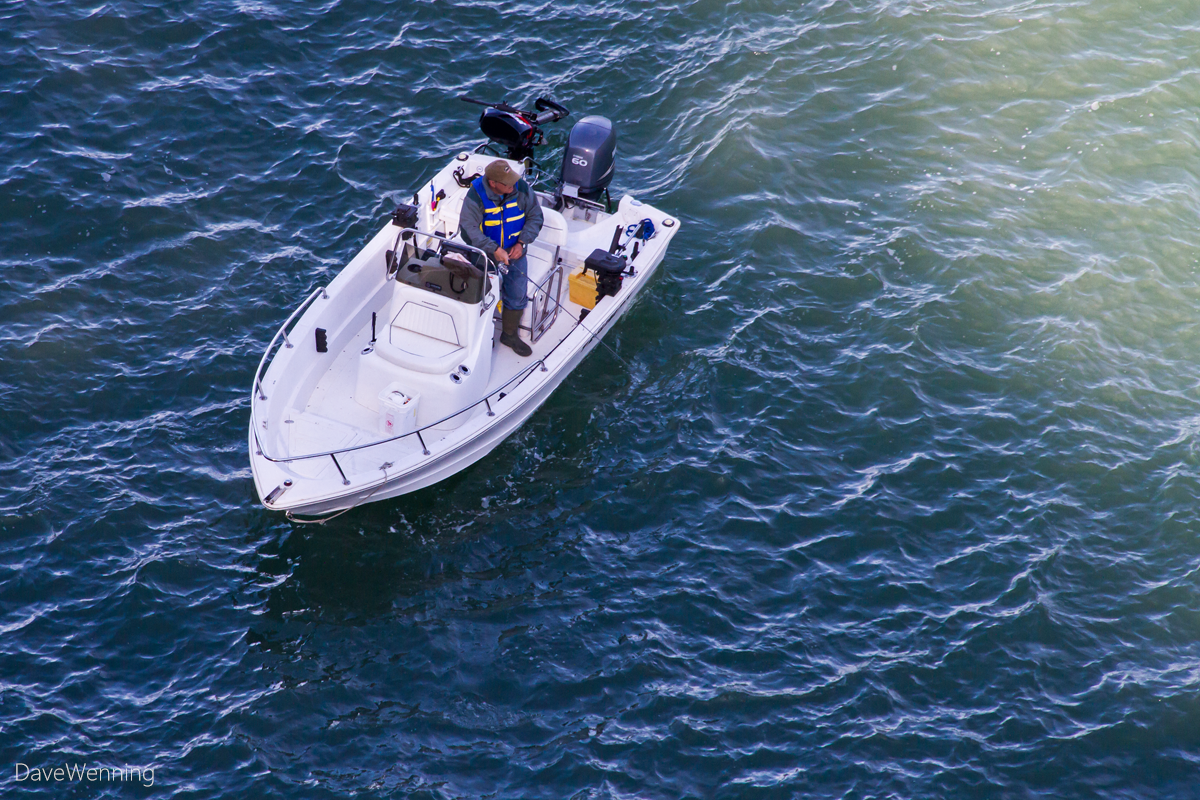 There he is again, now with his line in the water.  He really keeps his boat nice and clean.  I appreciate that. 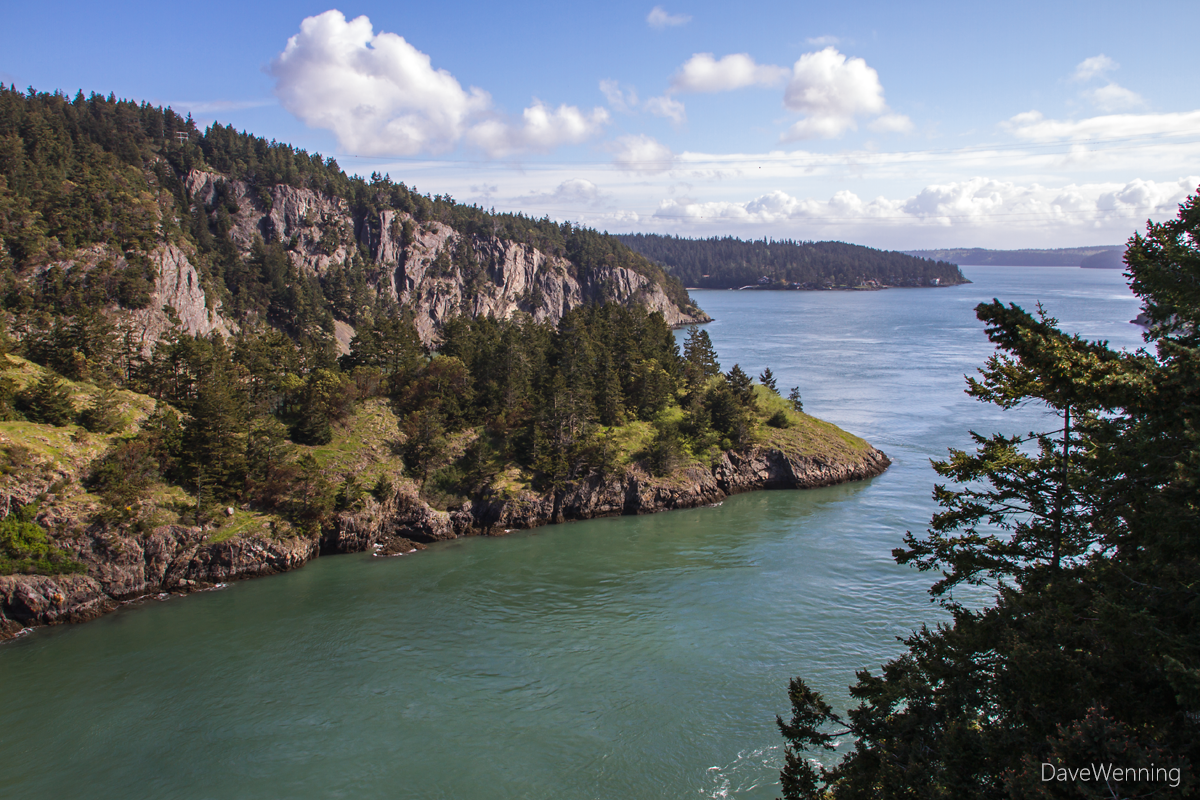 This is Canoe Pass on the east side of the bridge under the shorter span.  Beyond is Yokeko Point. 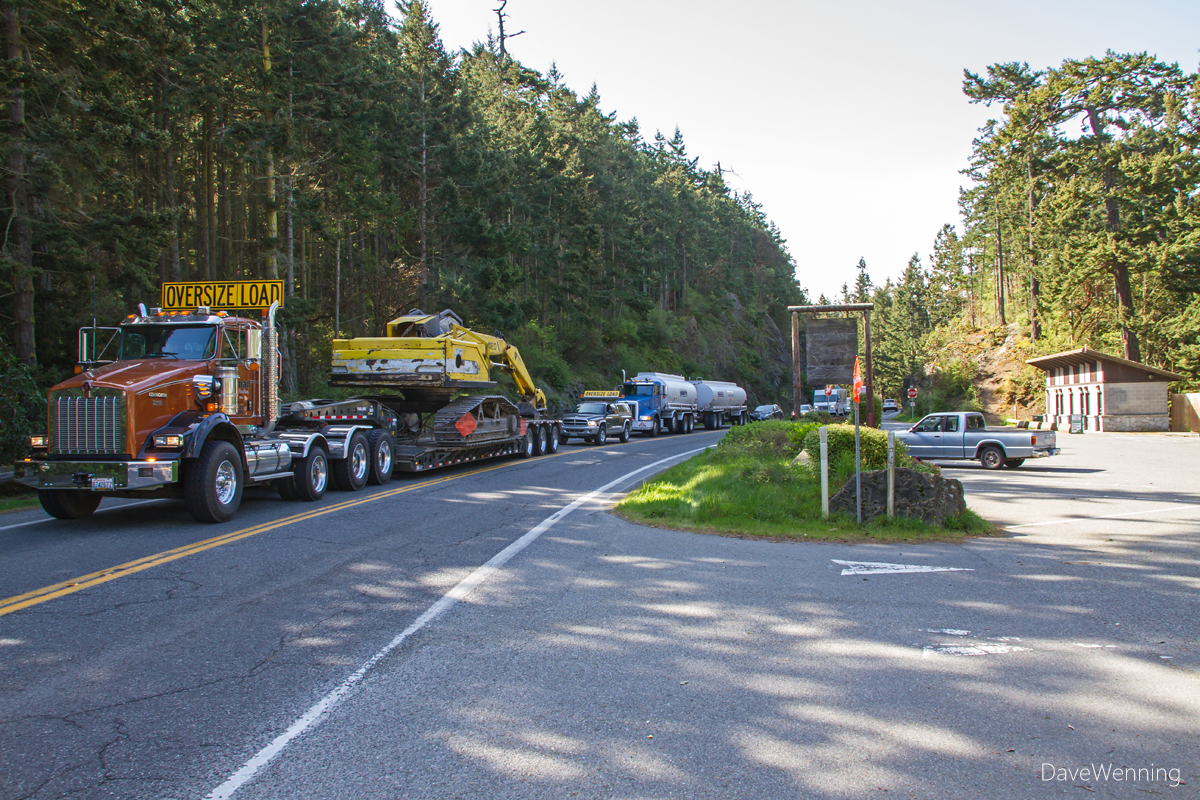 When I got back to the parking lot, I noticed all the traffic had stopped.  I am guessing that oversize loads must cross the bridge with no oncoming traffic.  The lanes are not very wide.  I think the front escort vehicle crossed first to stop the oncoming traffic.  This provided another opportunity to test the lens.

The photo illustrates one of the local problems, part shade and part bright sun in the same shot.  I think the lens did fine, but I struggled with the editing to make it look good.  I always have problems with these high contrast photos.  This shot is not framed very well either.  I am mostly trying to see what I can do with the lens. 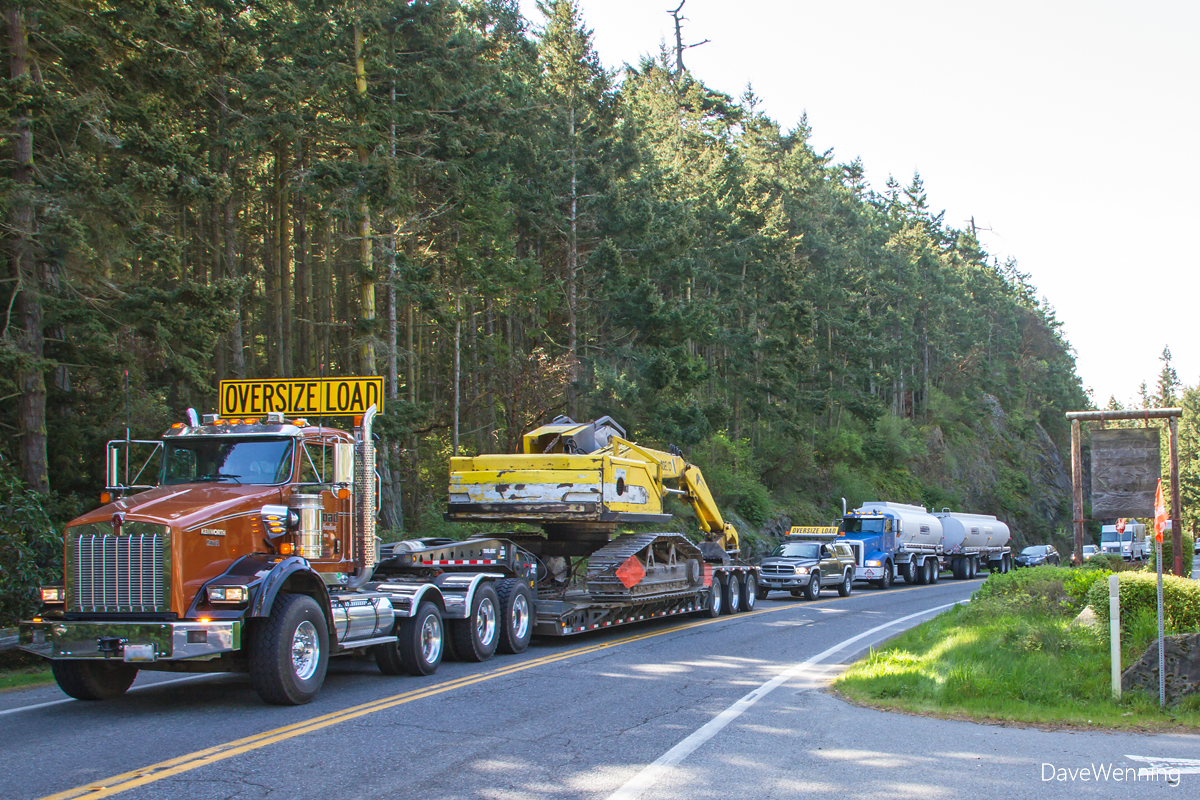 This is the same photo with the foreground and public restrooms cropped out.  I was able to get the truck a little brighter.  That trucker keeps his rig looking sharp. 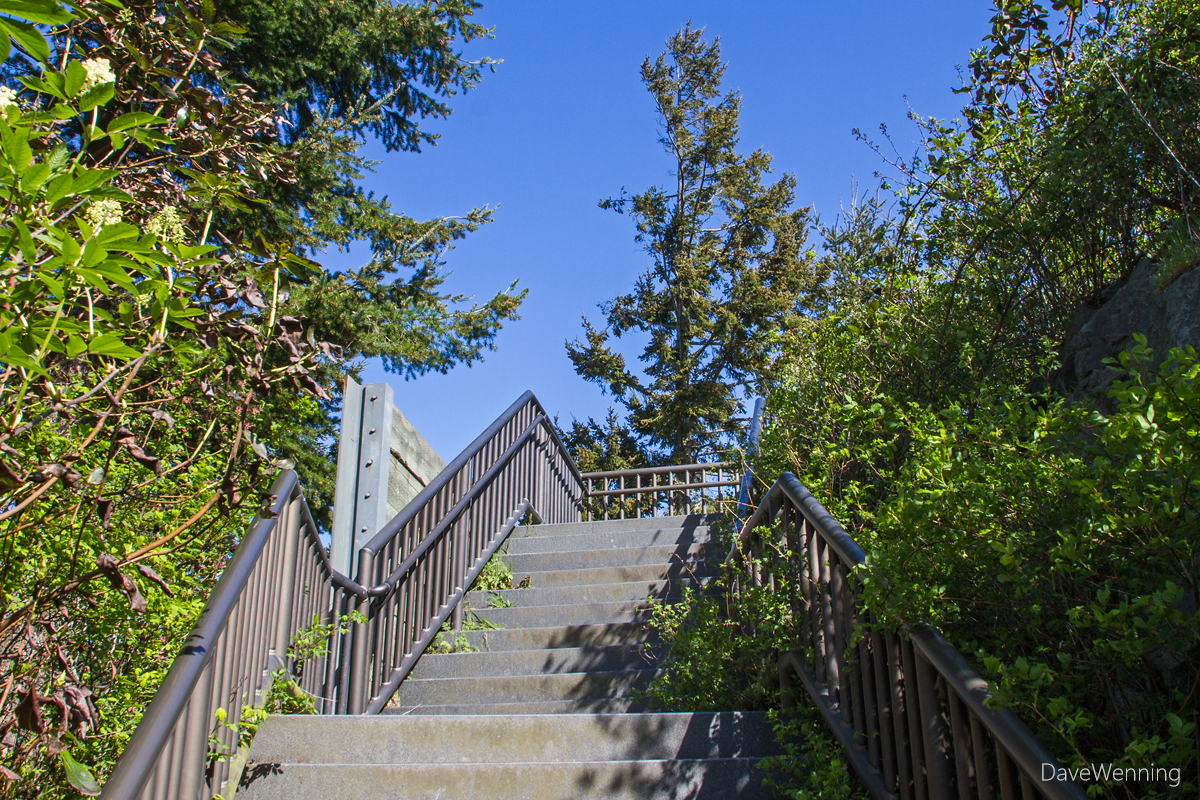 There are stairways on each end of the two spans for crossing under the roadway. Here is a view of North Beach from the end of the long span. 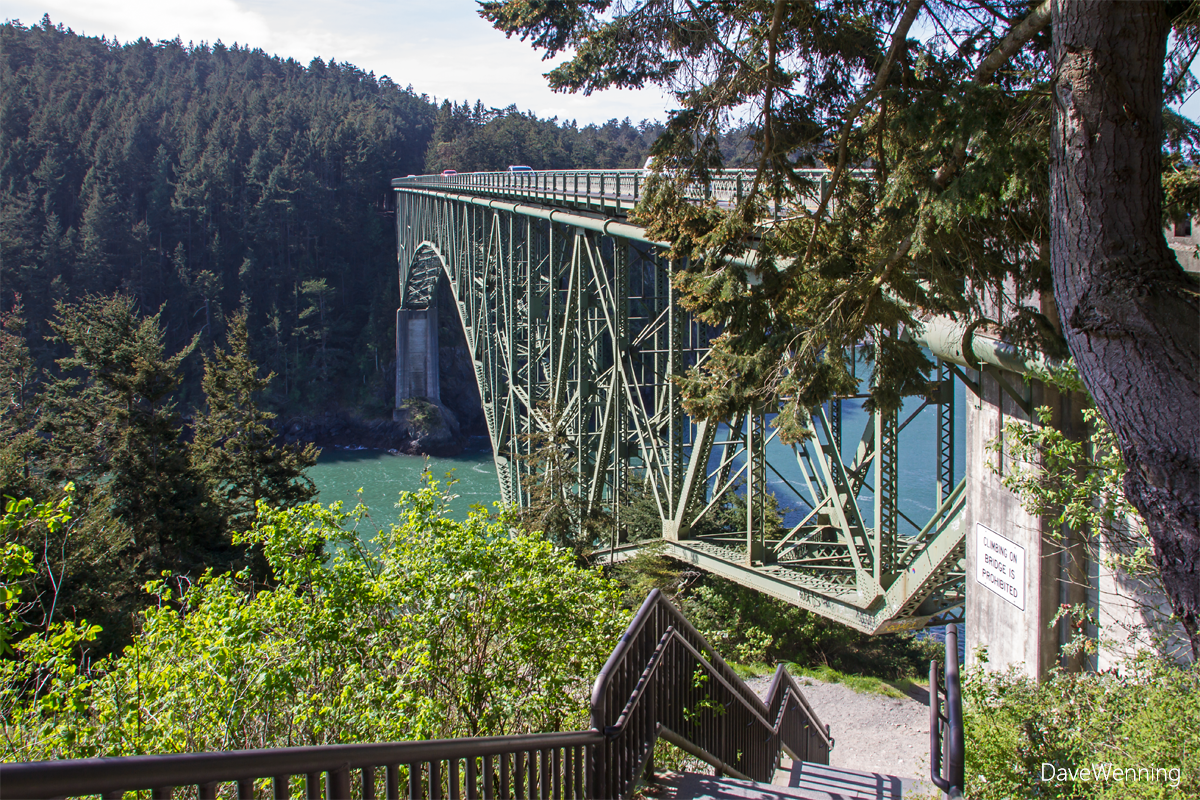 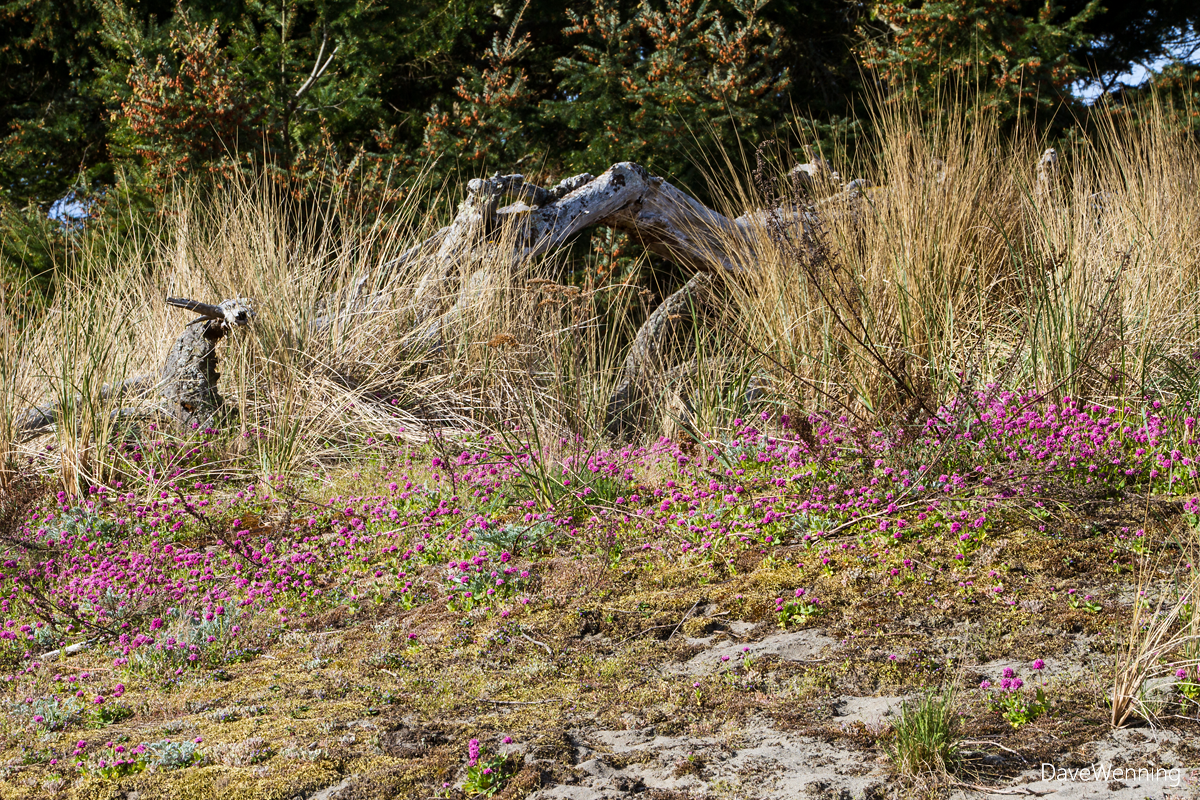 I also took several shots at West Beach and Cranberry Lake.  I will post those next time.  Here is a preview from the Sand Dune Loop Trail where I discovered the Sea Blush (Plectritis congesta) was starting to bloom.  In this section of the park I found a bit of wildlife, a seascape, some unique landscapes and a few wildflowers for Part 2 of my lens test

After this first batch of photos, I am pleased with the performance of the lens.  I would enjoy hearing what you think in the comments.  There was some barrel distortion in the bridge photos, but I was able to correct it with Photoshop.  I have read this is to be expected with super-zoom lenses.  I got no vignetting (darkened corners) in any of the photos.  In general, Sigma lenses will be less expensive than their Canon counterparts.  I think this versatile "walking around" lens will give Canon a run for its money.