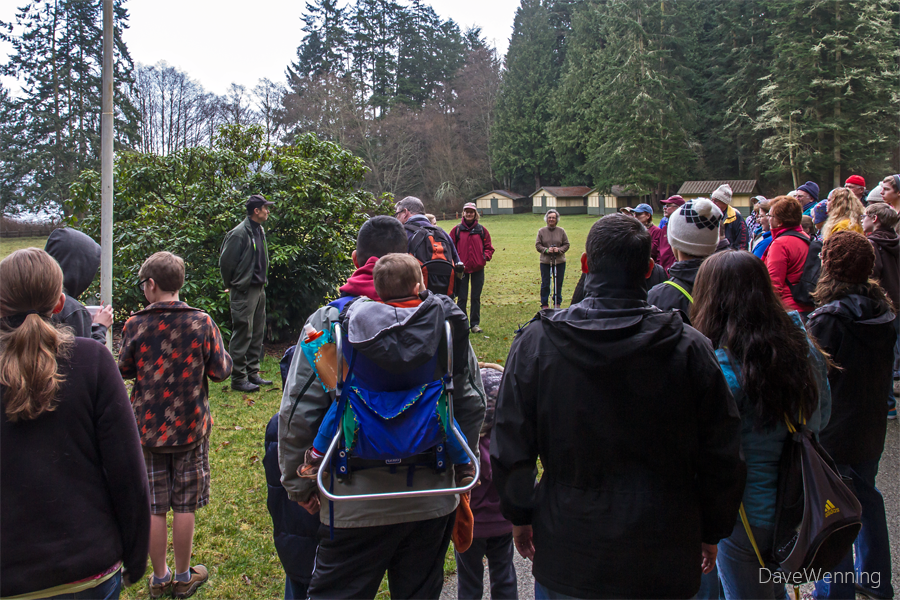 For the third year, Washington State Parks hosted First Day Hikes on January 1.  There were fifteen in all this year.  At Deception Pass State Park, about fifty of us gathered at the Cornet Bay Retreat Center.  Our guides were Jack Hartt, Park Manager and Jessy Osterloh, Park Interpreter. 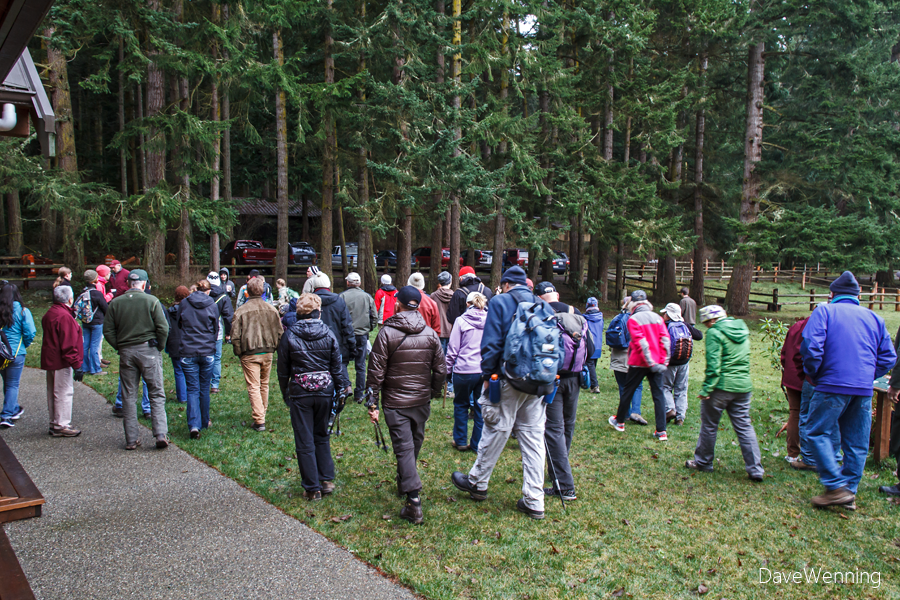 And we are on our way.  I am certain that of the fifteen hikes around the state today, this is the best looking group of all.  Most notably, our ages spanned 60 to 70 years from youngest to oldest.

This year's hike will include two legs.  For the first leg, we will hike up the Discovery Trail to North Beach.  The second leg will take us to the Deception Pass Bridge, then continue on up the Northwest Summit Trail to the top of Goose Rock.  From beach to summit, the elevation gain will be 484 feet/148 meters. 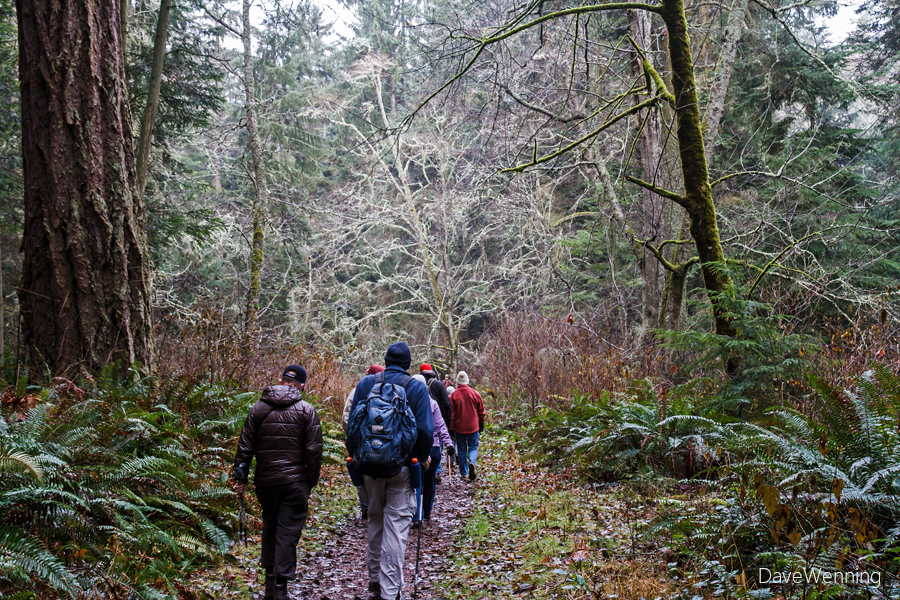 It is difficult to portray in photos how magnificent this forest really is.  The weather was perfect for a midwinter hike.  It was overcast, but once in a while, the sun managed to peak through the clouds just a bit.  Temperatures were in the low forties F, about 6° C.  Some patchy fog lingered here and there in the woods.  Best of all, it did not rain.


In the new discoveries department, we spotted some things none of us had ever seen before.

Left:  This vine growing up the dead trunk resembled ivy, but it had an atypical leaf for English Ivy (Hedera helix).  Those leaves were about 4 inches/10 cm across.  English Ivy has escaped gardens and become invasive in Pacific Northwest forests.  Can anyone identify this plant more accurately?

Right:  Are those bracket fungi or chocolate covered ice creams on the big stump?  Again, does anyone know what species they are? 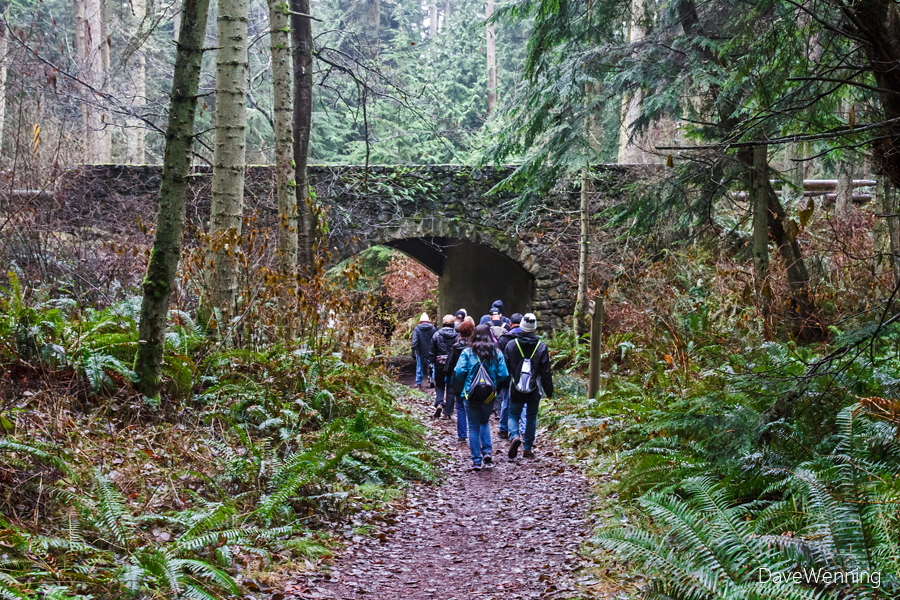 As we get close to North Beach, we cross under Highway 20 through this archway built in the 1930's by the Civilian Conservation Corps.  This trail is invisible to drivers passing overhead.  Most don't even know the trail and underpass are there. 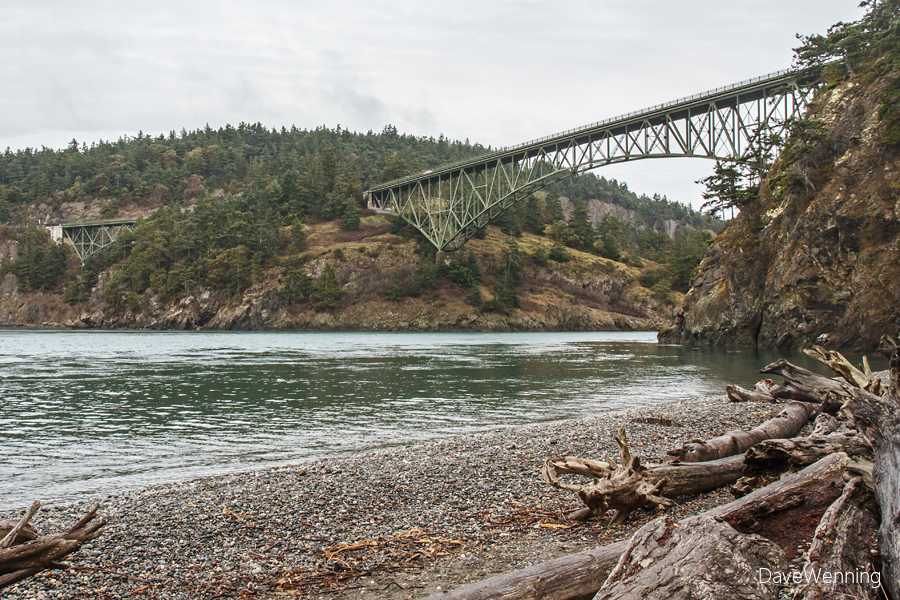 We arrived at Little North Beach on Deception Pass which offered a nice view of the bridge. 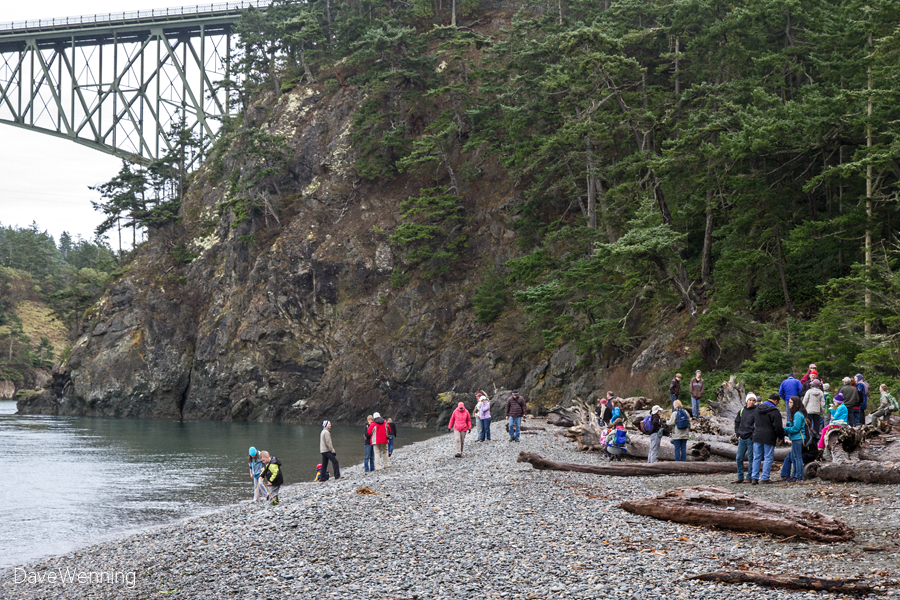 Beneath the bridge, we chatted and rested and played on the beach. 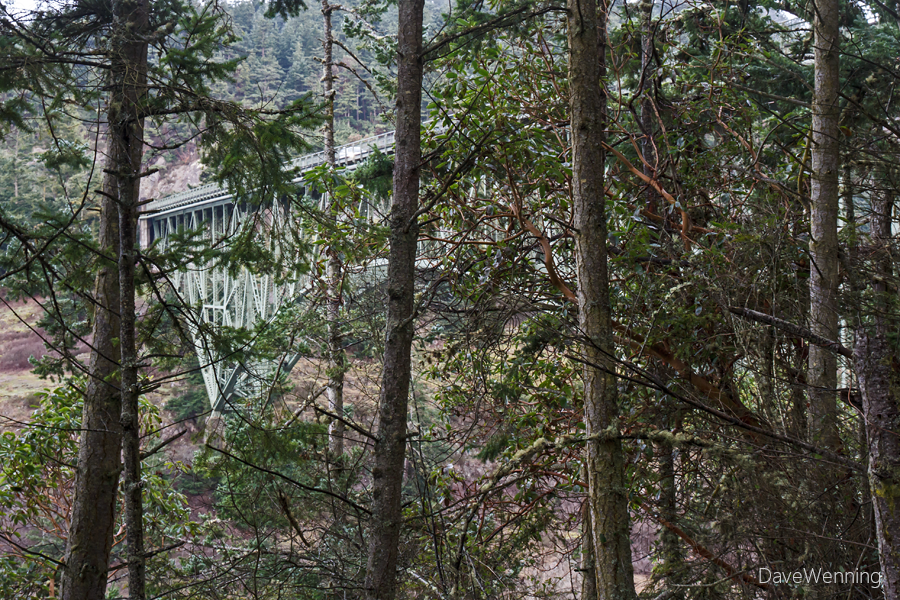 At this point, about half of the group returned to Cornet Bay via the Discovery Trail.  The rest of us climbed up to the bridge to begin the second leg of the hike. 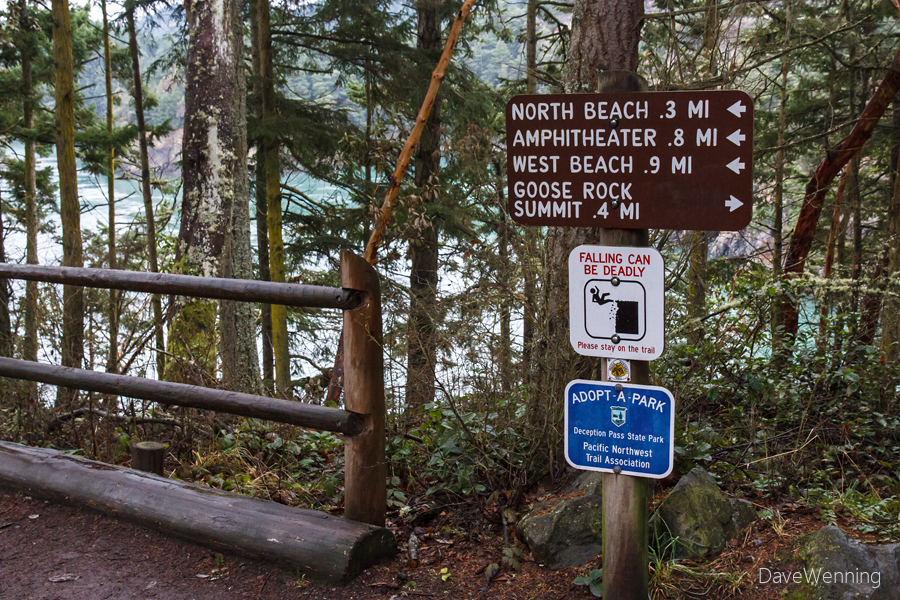 Our destination will be the Goose Rock summit via the Northwest Trail which begins right at the end of the bridge. 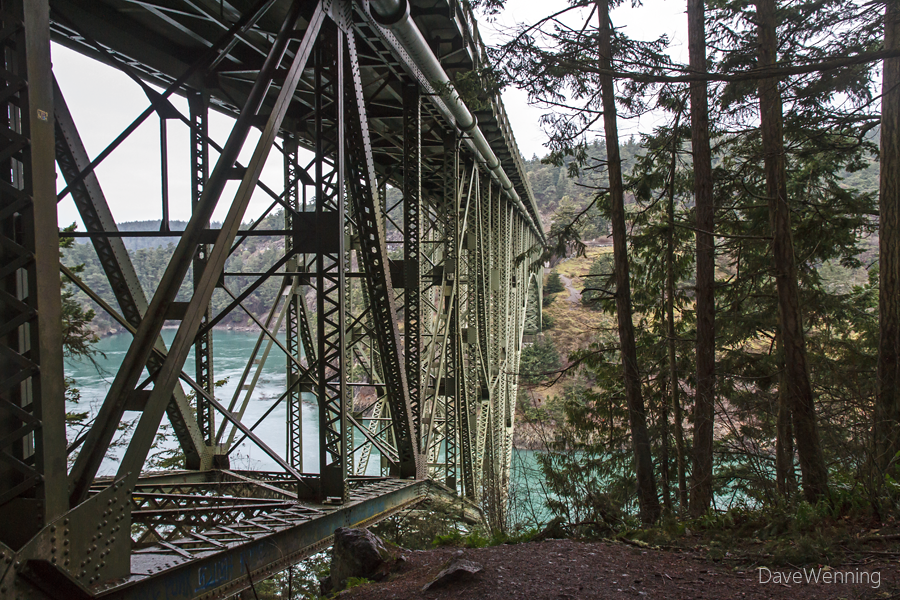 Here is one more look at the bridge before heading up to Goose Rock.  I can't help myself. 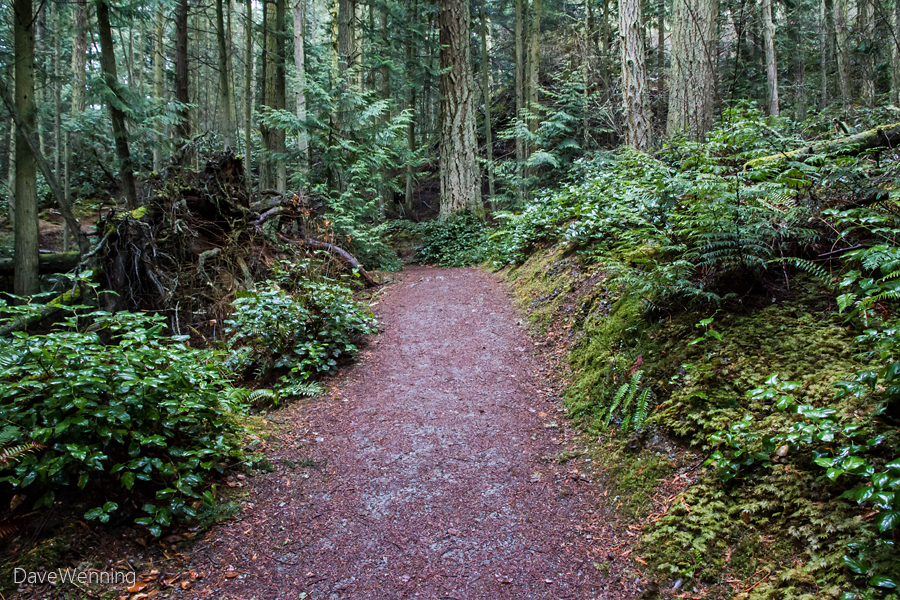 The ascent begins.  It will be all uphill from here until we get to the top. 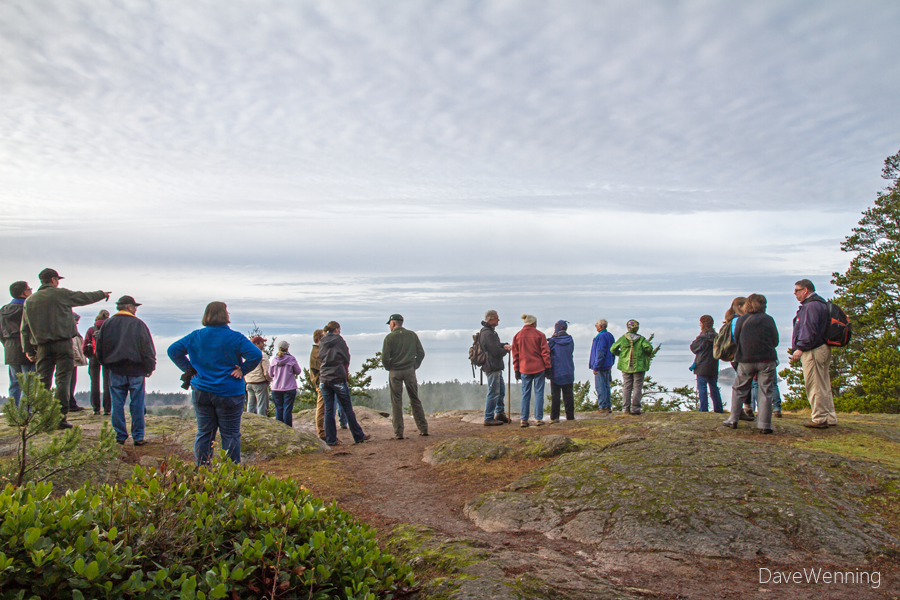 The rewards for the climb are spectacular views of north Whidbey Island and the San Juans.  The Goose Rock summit is solid stone scoured of soil and polished by glaciers.  Visitors are asked to step only on the stone areas and not on the fragile vegetation.  In the spring, the summit becomes a unique wildflower garden. 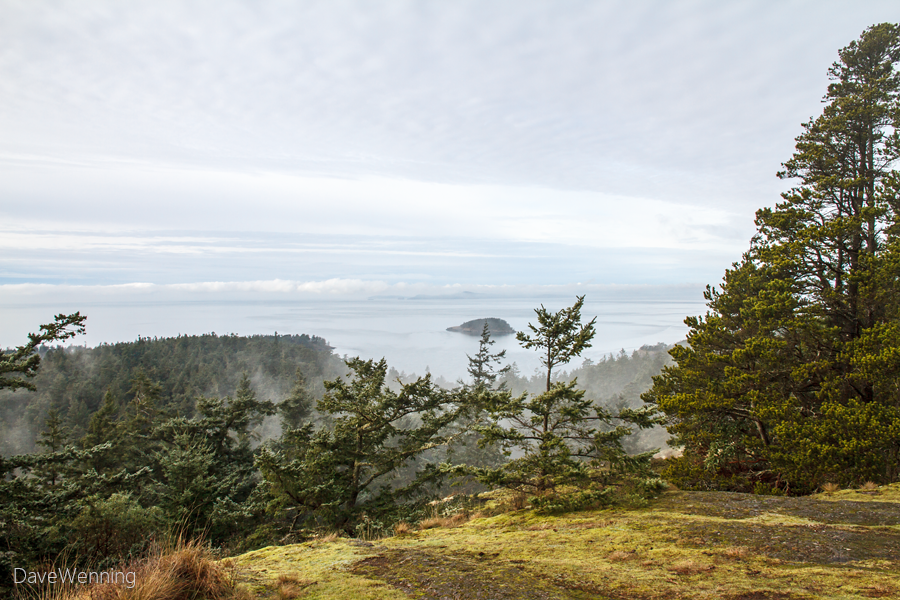 Here is what they were looking at.  The views were a bit shrouded by fog, but that only added to the mystique and awe of the sights.  Below us were West Point and Deception Island which define the west entrance to Deception Pass off to the right.  Beyond was Lopez Island in the San Juans, almost hidden in a fog bank. 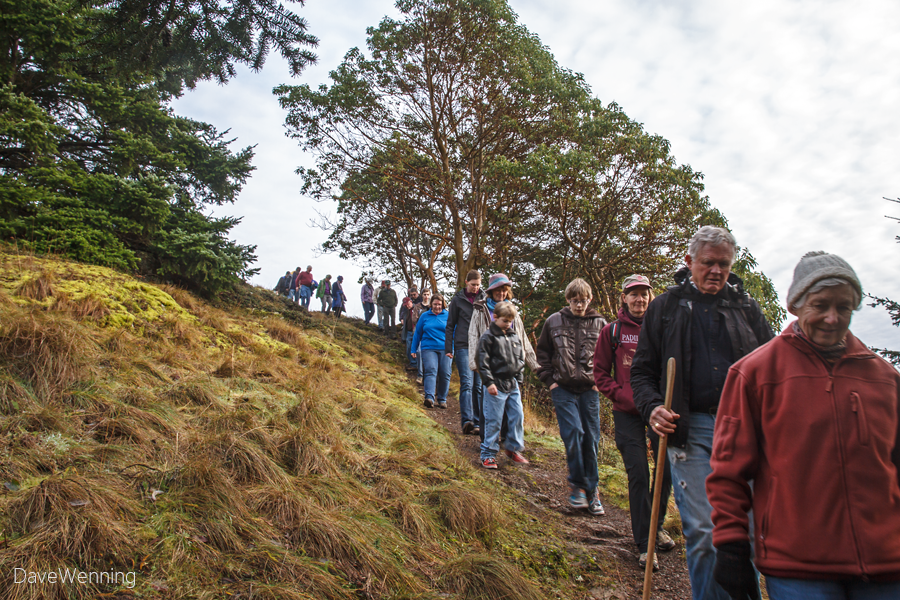 Coming down, we are taking the steep and winding Southeast Trail off the summit which is the most direct route back the the Retreat Center. 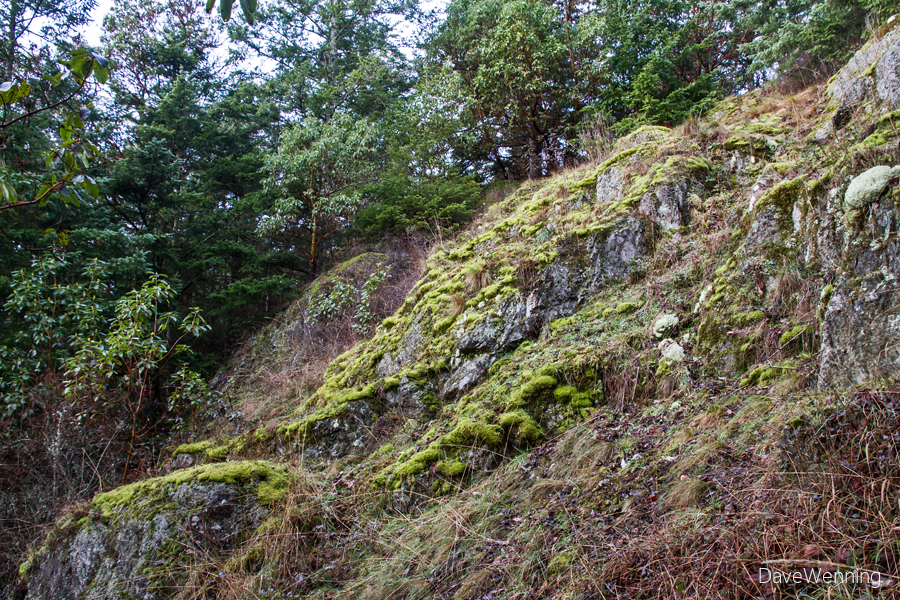 From the trail, we get a glimpse of more Goose Rock geology.  It literally is a huge volcanic rock left exposed by the last glaciers.  Moss always seems to look the best this time of year. 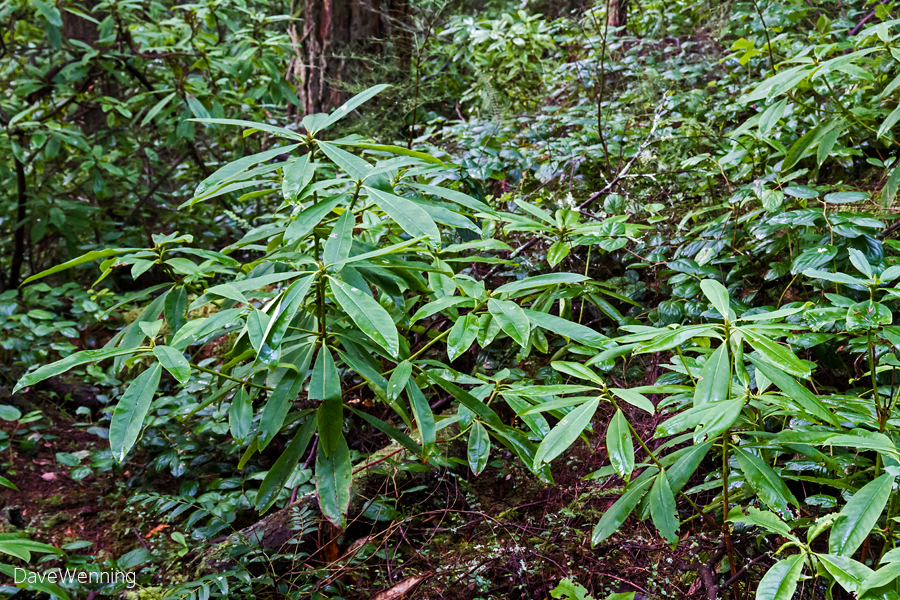 Rhododendrons!  Lots of them!  I didn't expect to see them on this hike.  We will merge shortly with the Lower Forest Trail so this is probably part of that same rhododendron grove featured in earlier posts. 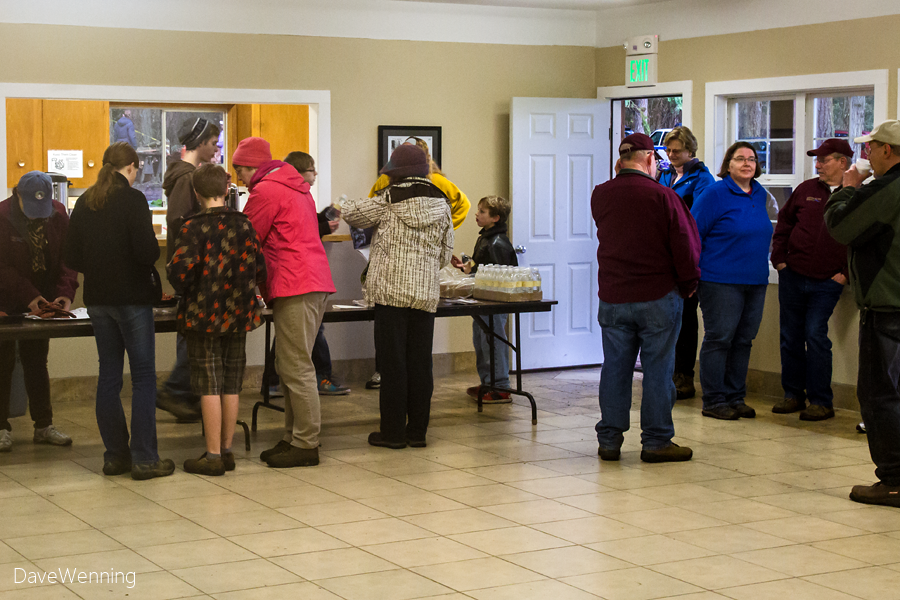 Hot coffee and cookies were waiting for us in the meeting hall at the Retreat Center.  This was a very welcome treat provided by the Deception Pass Park Foundation.

This was my third First Day Hike at Deception Pass, and the best one of all.  They will have a lot to live up to next year (at least I hope this will be an annual tradition).  We got to sample many of the features the park has to offer.  We hiked through pristine forest, discovered some unfamiliar oddities, played on a salt water beach, viewed an engineering marvel and state landmark, climbed to the top of a volcanic rock and took in some of the views for which the Pacific Northwest is famous.  At the end of the day, I was tired but invigorated.  I can't think of a better way to start a new year.  Many thanks to Jack and Jessy, the Foundation and to Deception Pass State Park.