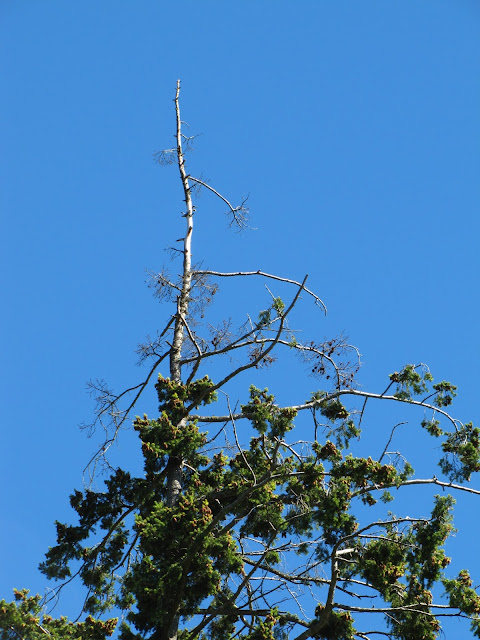 I am stunned.  My neighbors had this tree cut down.  The big Douglas Fir was a favorite Hunting Perch and resting place used almost daily by Bald Eagles.  It was also a favorite haunt of Chestnut-backed Chickadees and Steller's Jays.  I have posted several photos from this tree on my blogs.  It was not just an asset to the neighborhood.  It was an asset to the entire ecosystem of northern Skagit Bay.  Now it is gone forever.  An empty void in the sky is all that is left.  I simply cannot fathom how something this mindless, crass and ill-conceived could have taken place.  Rest in peace, old friend.

The people are from eastern Washington and don't actually live here.  They probably have no idea what they have done.  For them the house is just a status symbol.  For the rest of us, this is our home.  We live here because we appreciate the things that we have here.  We don't just show up once in a while to party.

The neighbor and I spoke about this tree just the other day.  He mentioned how much they enjoyed seeing the eagles come to the tree.  Obviously, they didn't enjoy it very much.  We talked about having some limbs trimmed to make it more wind tolerant.  There was not a hint that they intended to cut it down.  I think somebody talked them into it, somebody whose business is cutting down trees.

It was a sturdy tree, more than 100 feet/30 meters tall and almost 3 feet/1 meter in diameter at the base.  It stood firmly against several major windstorms in the twenty-five years I have been here.  Because of the direction of prevailing storms, no structure was in jeopardy.  I was never concerned about it damaging the house.  It fit beautifully into the forested hillside landscape.  It did not hinder a view of anything for anyone.

This tree was not mine, but I will miss it profoundly.  At least I have photos.  Please enjoy these memories of a very special tree.  I will start with the most recent photo posted at Wild Fidalgo: 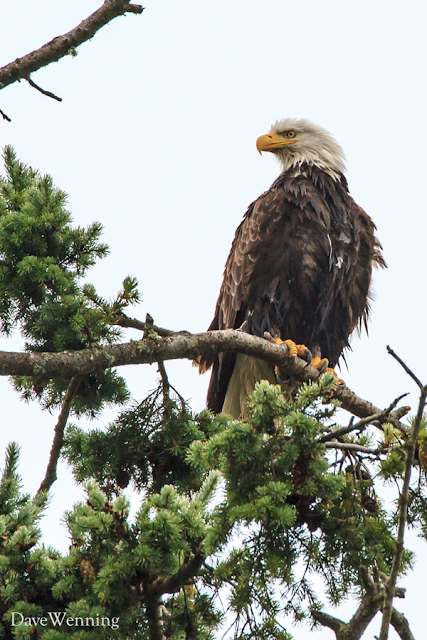 When I posted this photo, I assumed There Are Always Eagles.  But never again in this tree.  I thought she looked a bit worn and speculated there may be eaglets back in the nest.  The clue was the spit-up on her breast. 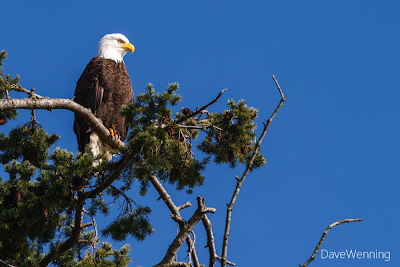 Last winter I enjoyed a Sunday in the Yard with George. 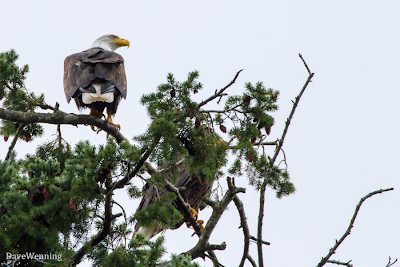 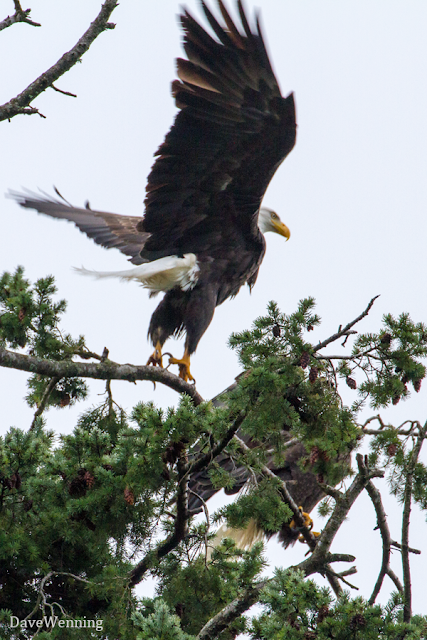 Christmas, 2012 brought Holiday Eagles to the tree and the two photos above.  From the ground, I did not realize there were two birds.  I discovered that only after downloading the photos to the computer. 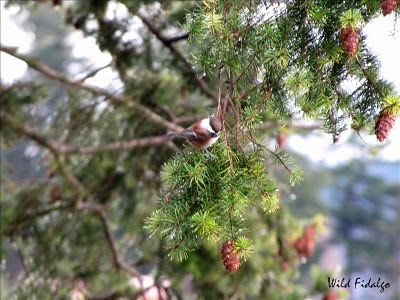 Eagles were not the only birds that used this tree.  Chestnut-backed Chickadees found the tree an excellent winter food source. 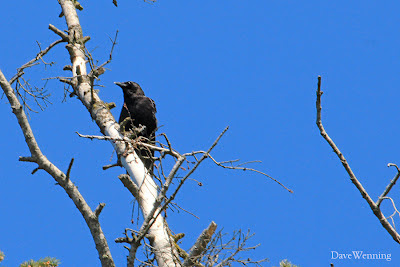 Featured in Similk Bay Shorebirds, this Northwestern Crow used the tree to broadcast his thoughts to the neighborhood. 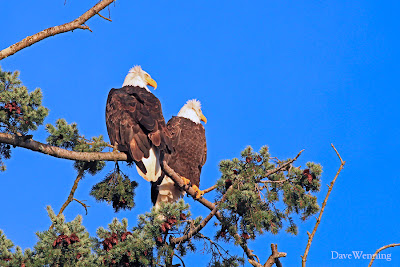 The wind made it a Bad Hair Day for George and Martha.  This pair will never be seen in that tree again.


It was an Eagle Afternoon when this fellow came to visit the tree last summer. 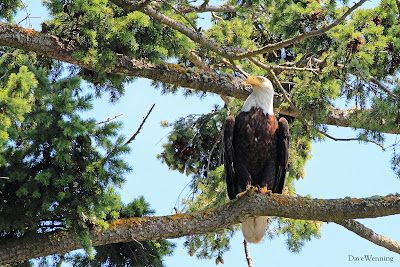 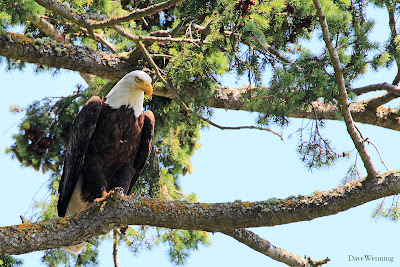 And yet Another Eagle would come to visit the tree, also last summer. 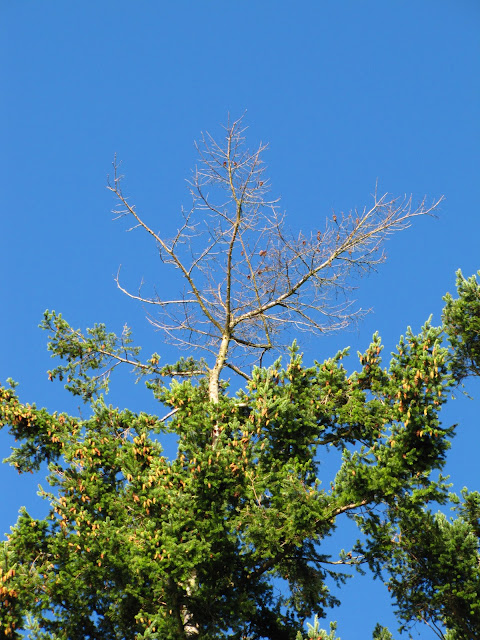 At least there is still this Douglas Fir hunting perch on the west side of my yard where the eagles also come to visit.  This tree is mine and as long as I live here, no one will cut it down.
Attractions Nature Wild Fidalgo Wildlife