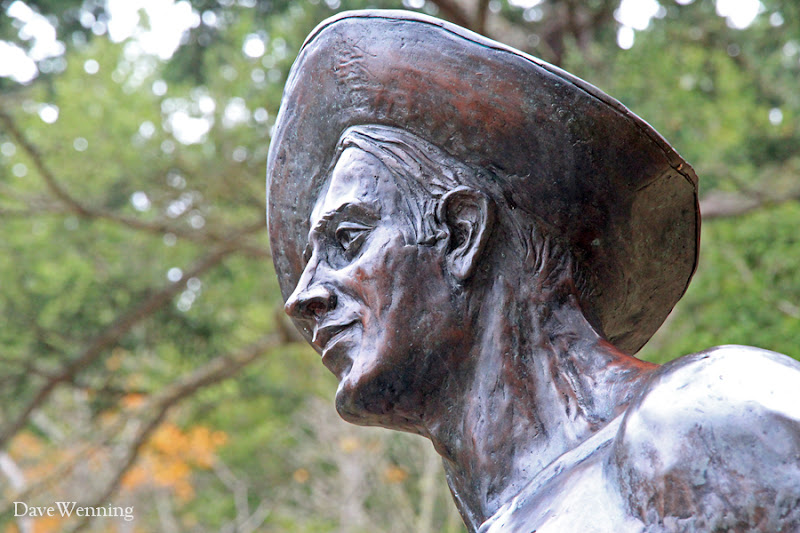 Deception Pass State Park was built in the 1930's by the young men of the Civilian Conservation Corps.  This was a stimulus program from another time.  It has been memorialized by this statue at Bowman Bay.  CCC alumnae are justifiably proud of what they accomplished.  My stepfather spoke fondly of his time in the CCC's working in Mount Rainier National Park.  Another photo of the statue appears in a previous post.  The State of Washington benefited from many CCC projects around the state. 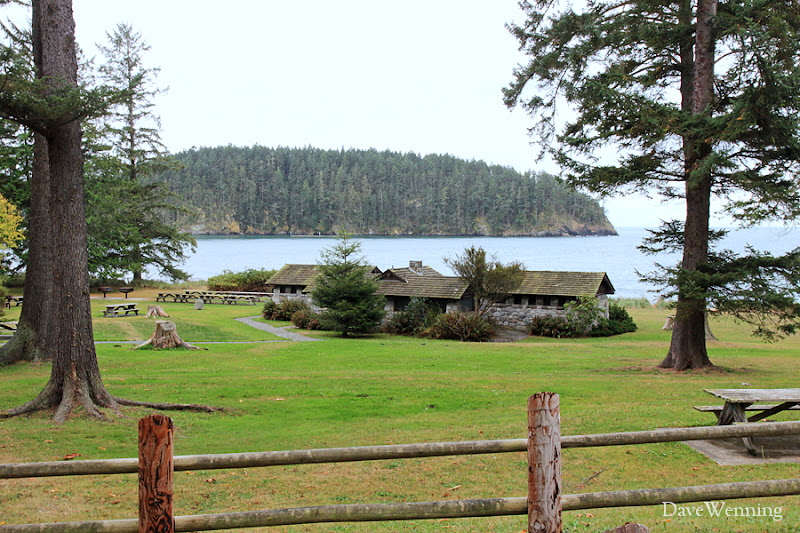 Nearby, a wonderful example of "parkitecture" now serves as the Civilian Conservation Corps Interpretive Center.  Anyone interested in the history of the thirties and forties will find it as interesting as I did.  This and several kitchens, pavilions and bathhouses were built by CCC workers from onsite materials.  These are enduring structures created with skill and craftsmanship which have survived more than 75 years.

Deception Pass State Park has been nominated for listing with the National Register of Historic Places.  The Deception Pass Bridge, another Depression era stimulus project, was listed in 1982. 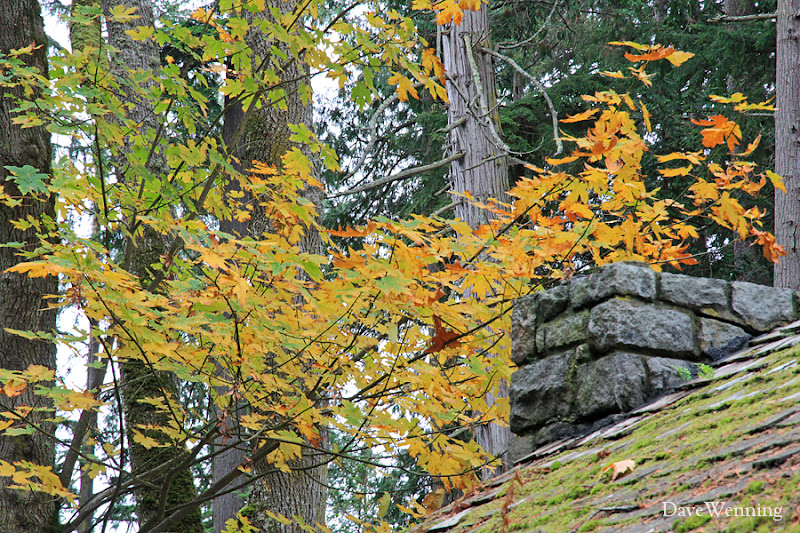 The air is chilly and the skies are gray now.  While some facilities are closed for the season, Deception Pass State Park remains open to visitors.  I think off-season is actually the best time to visit.  The crowds are gone so the experience is quieter, more like wilderness.  Enjoying the scenery, hiking, wildlife viewing and photography are just a few of the pleasures available year-around.  The Civilian Conservation Corps outdid themselves when they gave us this wonderful park.

Next up:  Seeing the Forest
Attractions Deception Pass History Seasons