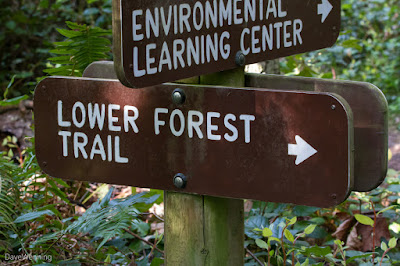 This past week marked a noticeable weather transition from damp and chilly to warm and sunny.  Temperatures are now reaching the low 70's F here (21° C +).  The wild Pacific Rhododenrons (R. macrophyllum) in Deception Pass State Park are responding accordingly.


Many of the blossoms are fully opened now, but several buds promise continued blooms over the next couple of weeks. 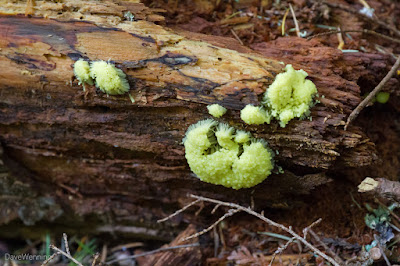 I also spotted something unusual along the Lower Forest Trail this week.  I thought it was fungus and took a quick photo to see if I could identify it.  It turned out to be something much more interesting.

This is a form of Slime Mold, an apparently complicated organism to understand.  It can exist in single-celled, multi-celled or multi-nucleate forms.  When searching the internet for information, I could not find a good, lucid description.  Wikipedia was particularly unintelligible.  Some facts are clear.  It is not fungus, some forms can move around in search of food and it might even exhibit a kind of proto-intelligence.  One thing is for sure.  I am going to have to learn more about this fascinating life form.


Another climb to the Goose Rock summit revealed that Broad-leaved Stonecrop (Sedum spathulifolium) is starting to bloom.  It can be found in garden centers under the name Sedum 'Cape Blanco.'  I have tried to grow it in my garden several times.  In soil, it just falls apart and disappears.  Around here, it apparently likes to grow on solid stone.


The Southeast Summit Trail also features one rather spectacular blooming shrub right now.  This is Common or One-seed Hawthorn (Crataegus monogyna) an introduced species from Europe.  Like the sedum, it was growing near the summit where it gets full sunshine. 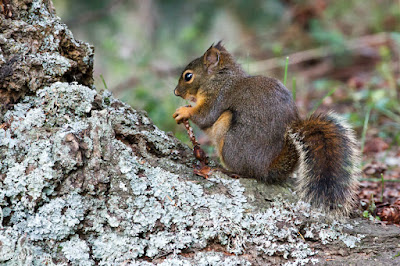 I encountered another Douglas Squirrel (Tamiasciurus douglasii) along the summit trail.  Normally, they get very noisy and confrontational when people enter their territory.  When they are eating, however, they continue quietly while just keeping a wary eye on you. 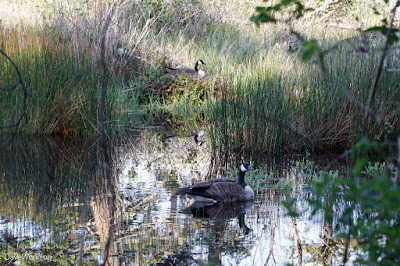 I also returned to check on the nesting Canada Geese at the east end of Cranberry Lake in the park.  Early in the morning I found the pair together.  He was standing his watch in the waterway that separates their island from the trail.


Later in the morning, she continued brooding in the warm sun while the gander took a snooze.  Though he is not at her side, this is a very strategic location for guarding the nest.  This is at the entrance to their waterway.  Nothing would be able to get past him unnoticed.

The next photo hikes to the rhododendron grove will be Monday May 11 and Friday May 15, both at 08:30 a.m.  If you would like to come along, the details are here.