Skywatch Friday:  After the Storm 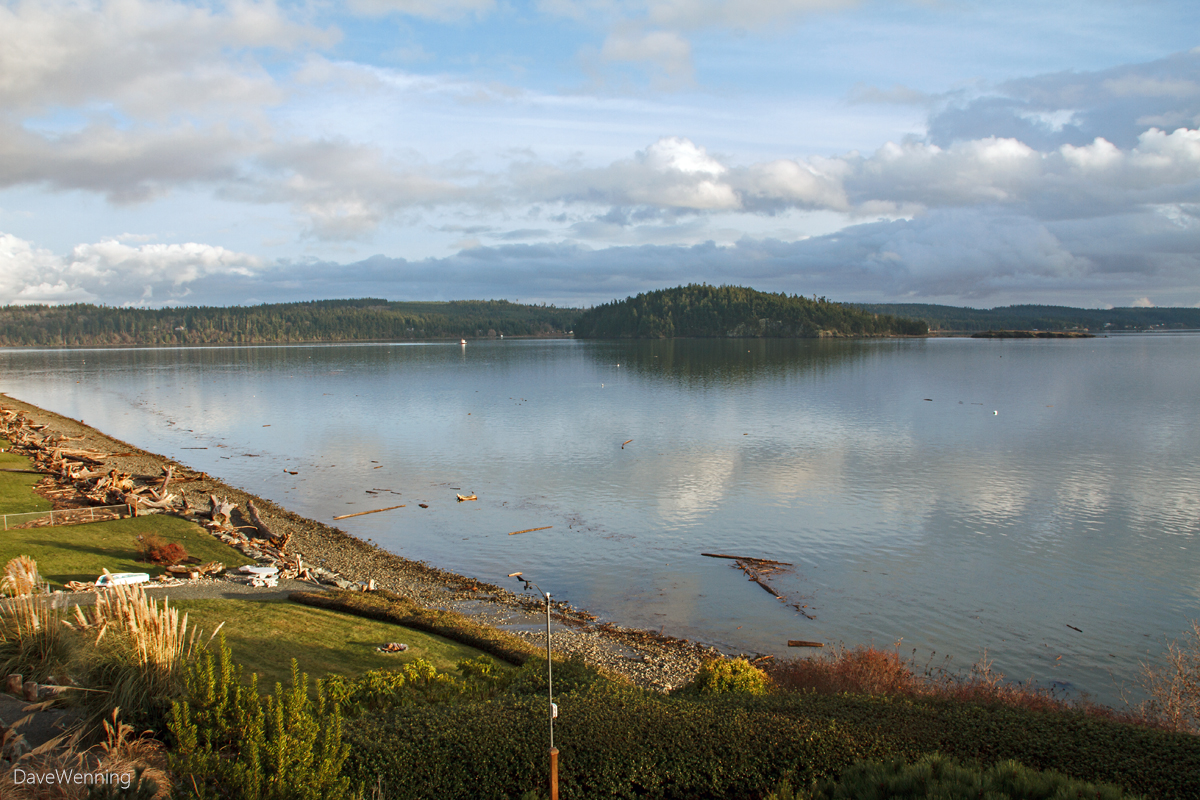 You could not tell from the photo that a major windstorm blew through here the night before.  All is calm now in the late afternoon December sun.  The storm did kick up some driftwood and debris that the tides are now washing into northern Skagit Bay.

This is the same storm that delivered high winds and more than 3 inches/8 cm of rain to the San Francisco area.  It moved up the coasts of California, Oregon and Washington before crossing Vancouver Island into British Columbia, Canada.

South Fidalgo Island was spared the worst.  Peak winds at my station only reached 34 mph (55 kph), significantly less than the 65 mph (105 kph) that was predicted.  We didn't even lose power which is unusual for this neighborhood.