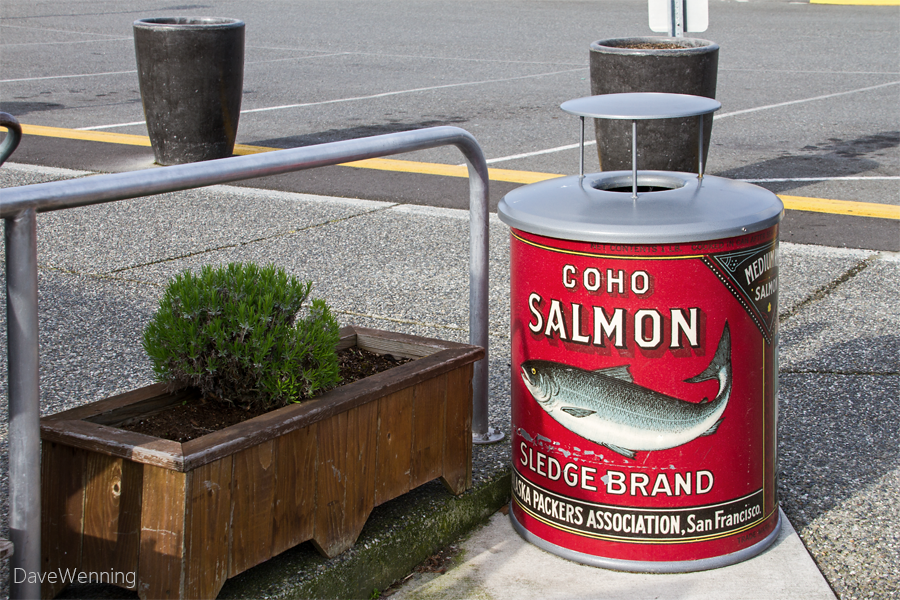 I grew up in Gig Harbor, Washington where commercial salmon fishing was the most important industry.  You might say, I was weaned on salmon.  In those days, we never had to buy this king of seafood.  Friends in the industry were always bringing us fish.  I also remember talk of Anacortes.  Before heading to the Alaska fishery, Anacortes was the port where they stopped to provision.  It was the second home of the Gig Harbor fishing fleet.

Of course, commercial fishing has also been important in Anacortes.  The city remembers this history through a unique form of public art.  Trash cans along the street in Old Town and around the downtown waterfront are decorated with authentic vintage canned salmon labels.  Some of the designs are a hundred years old.  All were for products produced by Anacortes canneries. 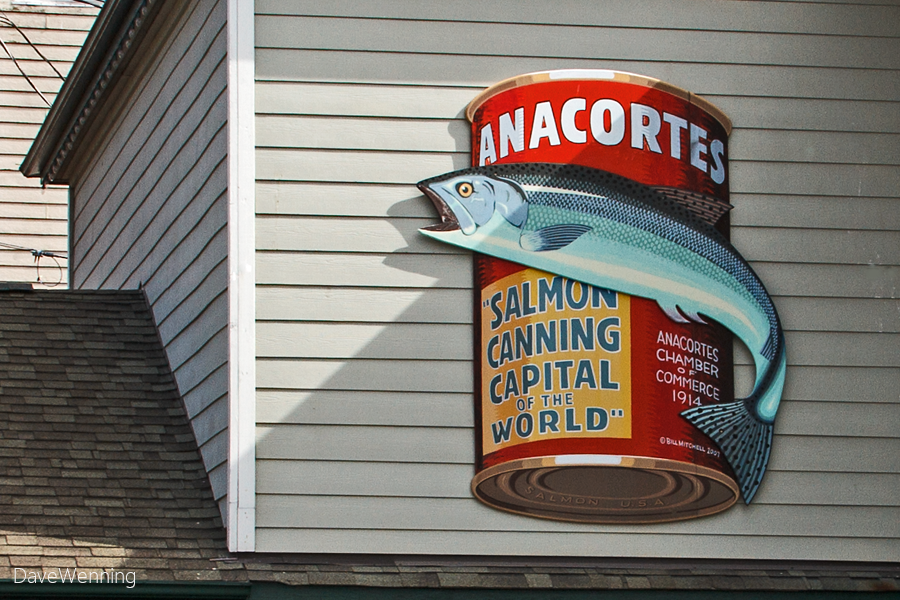 The Chamber of Commerce building also commemorates this piece of Anacortes history.  Salmon canning began in 1894 with the Fidalgo Island Packing Company.  By 1915, eleven seafood canneries were in operation on the wharves along the Guemes Channel.  The last one closed in 1999, but a memory of those times lives on in a unique and colorful way.


Yes, I am talking trash here.  These wonderful wastebins have always caught my eye.  Once while sitting in my dentist's office, I watched the city worker who came to empty the receptacle outside the door.  Secrets were revealed.  There is another trash bin inside that contains the refuse.  The work was an example of speed and fluid efficiency.  We rarely think about such a mundane but important city service.  Anacortes does it with exceptional style.

I thought it would be fun to make a photographic record of these Anacortes ashcans.  Please enjoy this "trash tour" of the city's historic dustbins.  Above, notice how beautifully they fit into the Old Town neighborhood of businesses.  Many of the buildings here date to the same era as the labels. 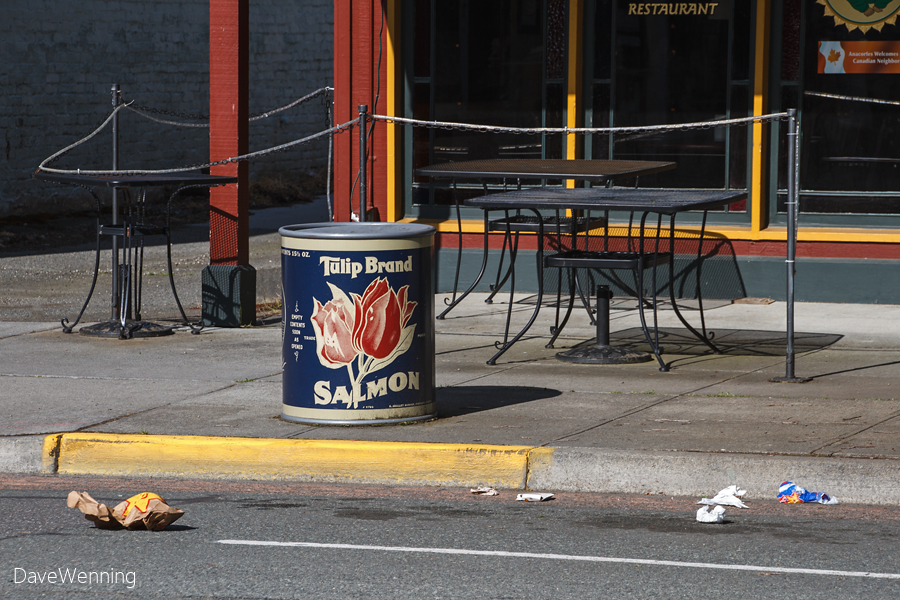 Come on people, close doesn't count!  The city's aim is to keep the streets clean in a very special way.  Attention to your aim would help in that effort.


Seafarers' Memorial Park adjacent to downtown is another good site for trash can spotting.  This is also a great place for strolling, jogging, dog walking, boat watching and smelling the salt air.  If you bring a lunch, you won't have to pack out the litter. 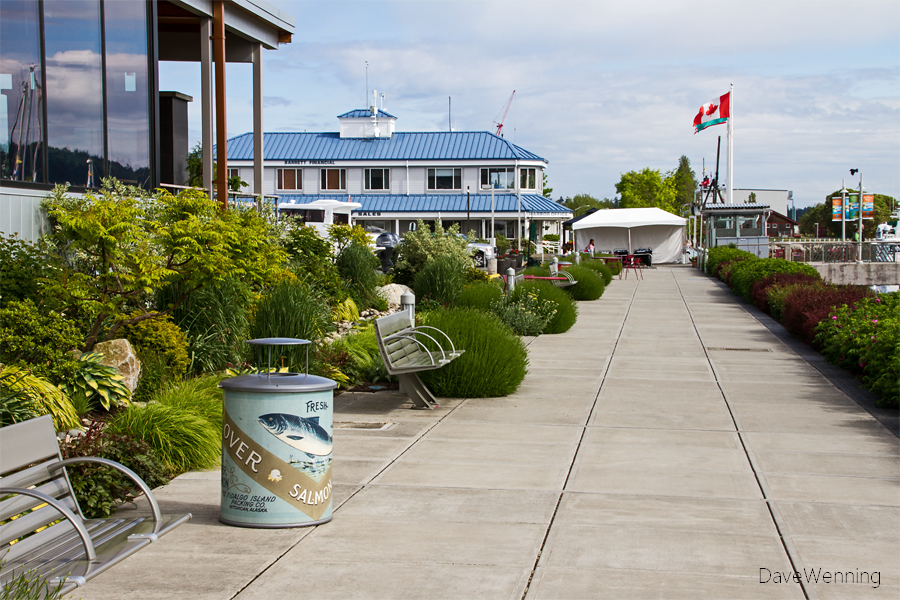 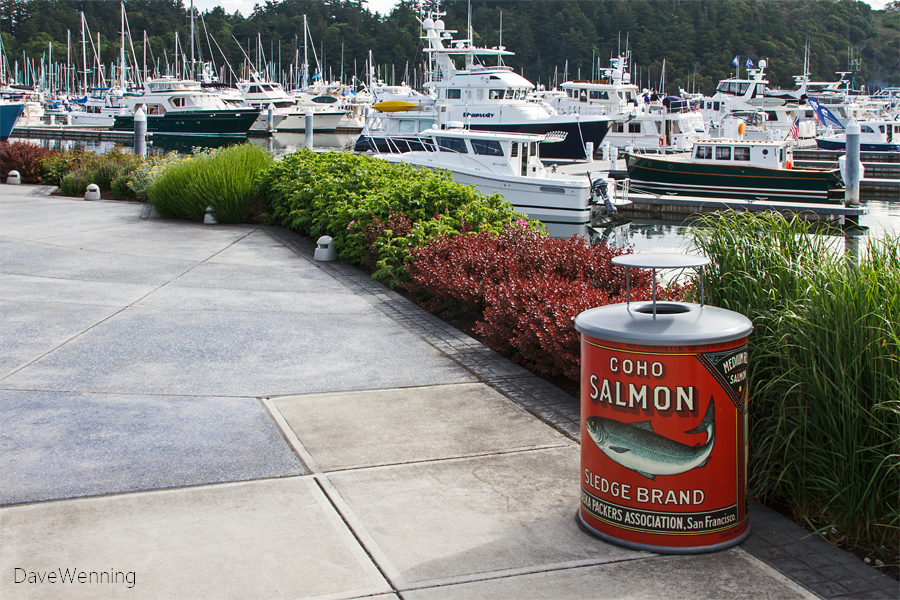 The quest continues along the walkways around the Cap Sante Marina.  Take a moment to appreciate the personality of a city that copes with human flotsam in such a handsome way. 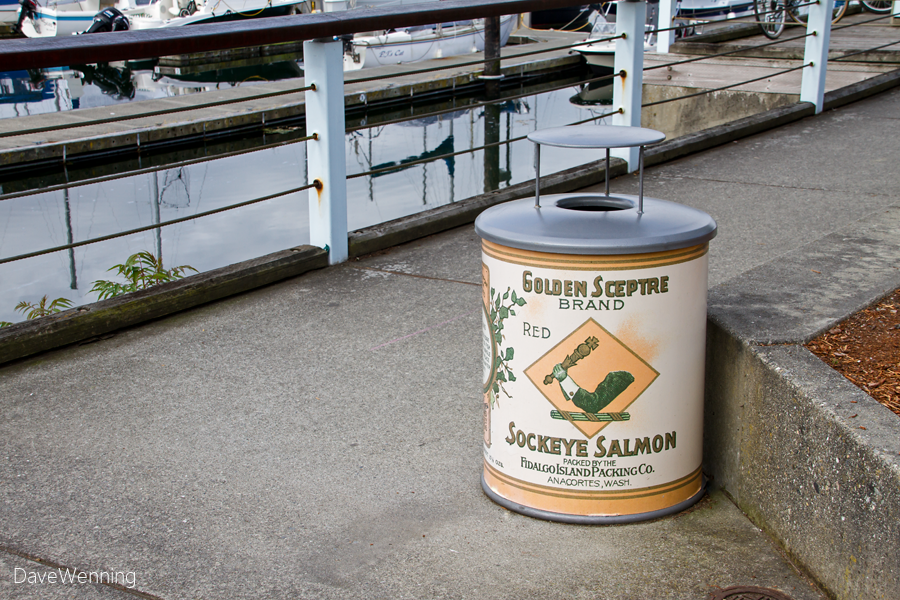 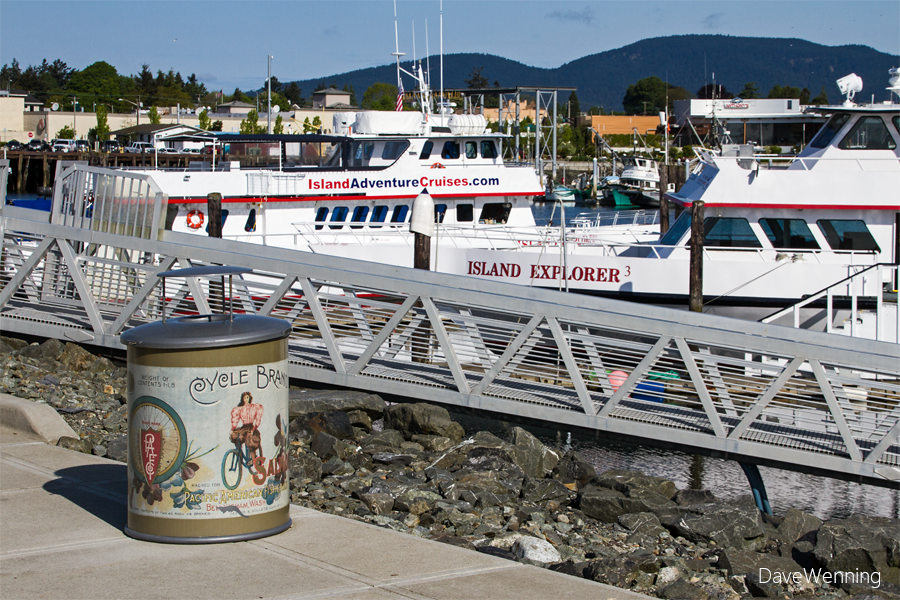 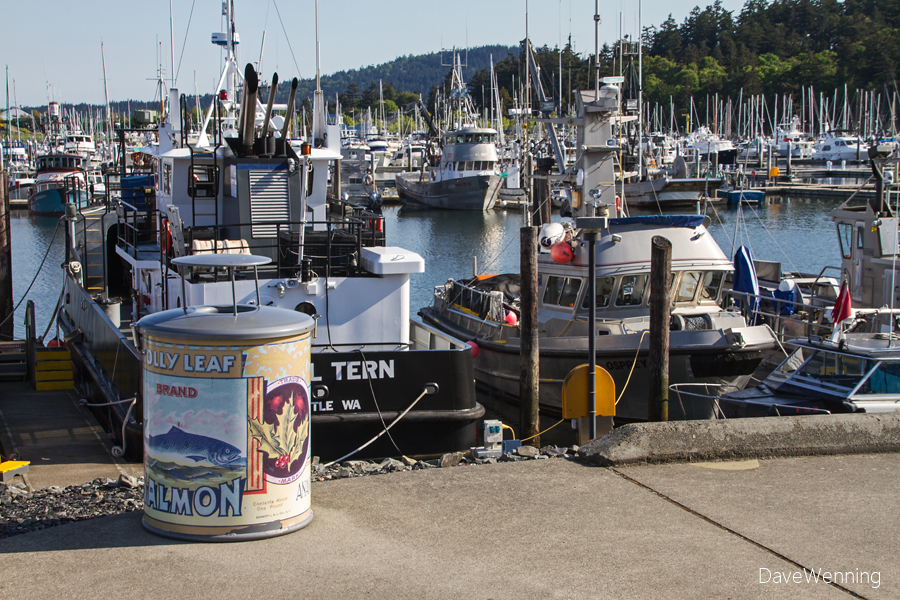 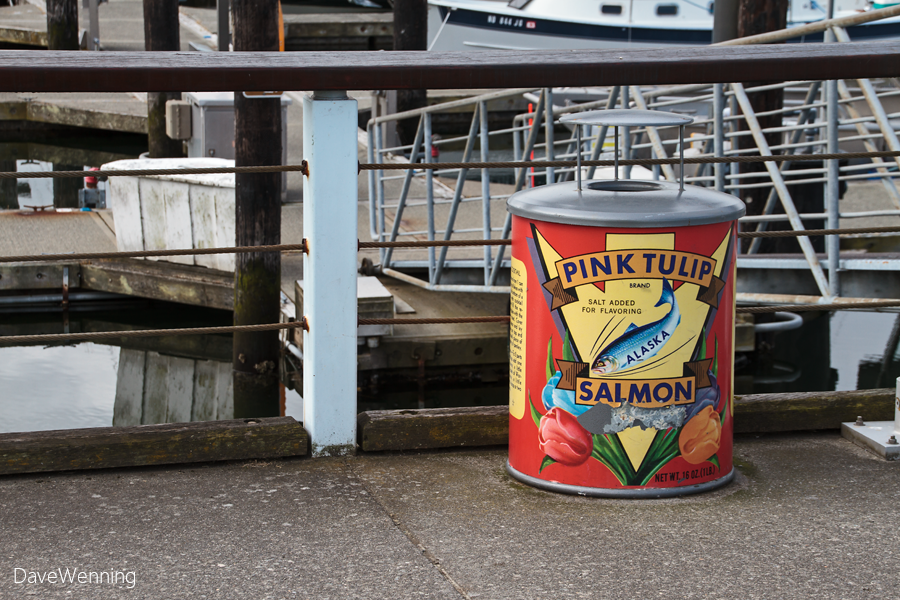 As they say, one man's trash is another man's treasure.  I had fun taking these pictures and enjoyed posting them.  The hard part was figuring out when to stop.  I hope you don't find this all just a lot of rubbish.  Next time you are in town, take note of these colorful trash receptacles and the history they bring to mind.