Skywatch Friday:  Views From the Sky 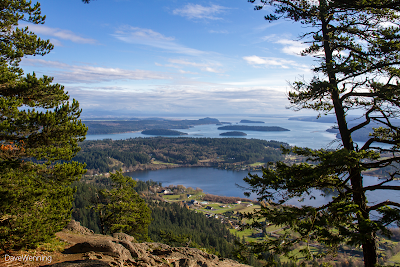 On Fidalgo Island, we can actually drive to the sky over a steep, narrow and winding road.  At 1,273 feet/388 meters Mount Erie is the highest point on the island.  This is where the sky begins for us.  The harrowing drive is worth the effort, but don't try it in ice and snow.  The views up here are spectacular making this Anacortes City Park a favorite spot for photographers.  These photos were taken November 19, 2013.

Southeast:  The body of water in the foreground is Campbell Lake and beyond is Skagit Bay.  This is the same view as most of my other Skywatch photos, seen from a different vantage point.  The best time of day for this shot is late afternoon when the sun has moved over to the left.  The islands in Skagit Bay as viewed are as follows:
Goat
Hope-----------]
Kiket              Skagit 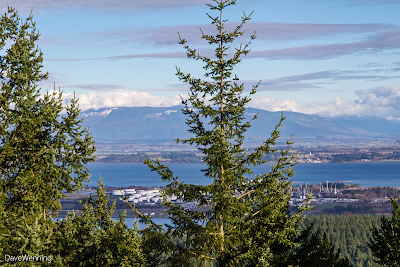 Northeast:  Looking northeast towards the Cascade Mountains, the refineries on March's Point come into view.  Beyond is Padilla Bay and the town of Bayview, Washington on the Skagit County mainland.  Without clouds, Mount Baker is visible from here.  It looks like time for the Anacortes Parks Department to do some pruning.  Those Douglas Firs grow fast and are beginning to threaten the views. 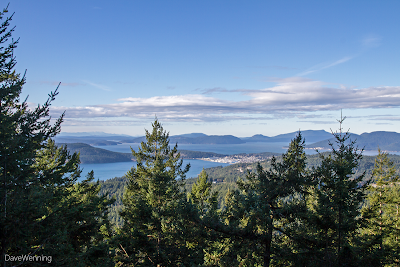 Northwest:  The Skyline neighborhood of Anacortes is near the center of the photo. The peninsula to its left is Washington Park.  The San Juan Islands are on the horizon.  The following photo of the interpretive sign at the overlook is helpful for identifying individual islands. 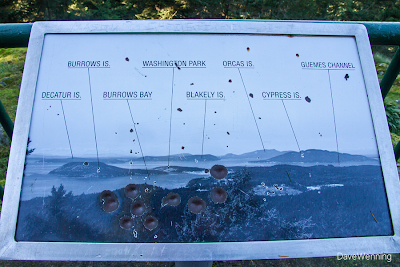