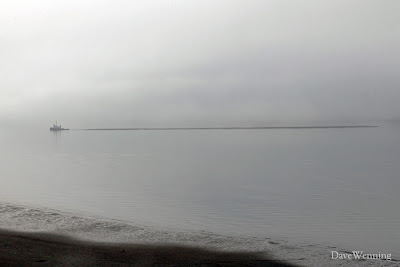 South Fidalgo woke to fog this morning and to make it more interesting, it was accompanied by thunder.  I don't recall experiencing fog and thunder at the same time before.  It seemed very strange.  But lately, our weather has been strange in general.

Yesterday brought thunder and lightning to western Washington for the entire day.  More than 1,500 cloud-to-ground lightning strikes were counted.  A Bald Eagle was killed near Lake Stevens when a lightning bolt brought down a big Douglas Fir.  Some areas got large hail and intermittent rain squalls rolled through the entire area.

When I lived in Iowa, this would have been normal summer weather, but for here, this is very unusual.  The cool Pacific Ocean nearby normally stabilizes the atmosphere and prevents the conditions required for electrical storms.

Driving home from work last night, I crossed the flat, open farmlands of the Skagit Valley.  I had a panoramic view of the storm.  The roiling sky was lit a luminous orange by the setting sun.  Lightning was flashing all around.  Several people had pulled their cars off the road to watch the light show.  Like I said, this was an unusual weather event for us.  I have never seen anything quite like it here.  When I got home, the thunder was loud and close.  At about 10:00 PM, it rained hard for just a few moments.  In the end, I would get only 0.02 inch/0.5 mm of rain. 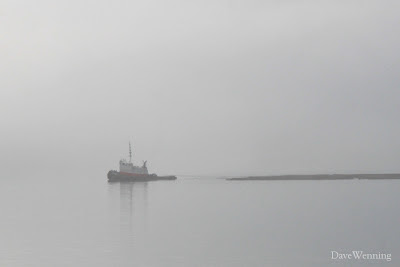 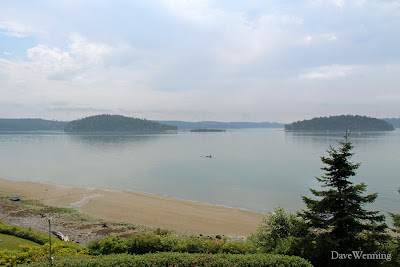 After a couple of hours, the morning fog lifted, but a humid haze remained.  The sounds of occasional distant thunder continued.
Weather